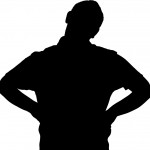 The researchers in this study were interested in looking at the extent to which a diagnosis of learning disability met current diagnostic and statistical manual of mental disorders (DSM) diagnostic criteria. They wanted to know the prevalence of reported autism spectrum disorders (ASD) and the extent to which the assessment of developmental issues was seen as central to the diagnosis of psychotic disorder when looking at patients who were discharged with a diagnosis of psychotic disorder and learning disabilities.

They discovered that 39 % of the 41 individuals discharged with a diagnosis of psychotic disorder and learning disability met documented DSM criteria for learning disability. In addition, the prevalence of reported autism spectrum disorder was much lower than they had expected. They also found that the average number of different discharge diagnoses per individual over time was 4.8. Interestingly, schizophrenia diagnoses were made early in the diagnostic process and they tended to persist even when autism spectrum disorder concerns were documented in the case files.

They suggest that their results support the need to systematically assess developmental issues of patients with learning disability as part of psychiatric diagnostic formulation and recommend the development of alternative frameworks for understanding behaviours to guide more effective interventions and treatment.

Recognition of intellectual disabilities and autism in psychiatric inpatients diagnosed with schizophrenia and other psychotic disorders, Bradley E et al., in Advances in Mental Health and Intellectual Disabilities, 5, 6, 4-18