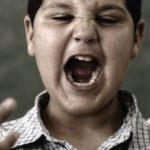 The impact of poor behaviour in schools can have wide-ranging detrimental affects on learning, wellbeing and social development.

School-Wide Positive Behavioral Interventions and Supports (SWPBIS or PBIS), originally created by Horner and Sugai (2006), is a whole-school behaviour intervention program. It has been widely implemented in more than 16,000 schools across the United States, with some studies reporting positive outcomes (Waasdorp et al, 2012; Bradshaw et al, 2010).

The SWPBIS program works on creation of a 3-tiered framework:

Schools that apply the framework agree to: A team of researchers, led by Catherine Bradshaw and based in Maryland, USA, has recently published a 4-year long randomised controlled trial (RCT), looking at the impact of SWPBIS on a range of pupil behaviours and discipline records in primary (elementary) schools.

Each school in the intervention group created a lead team of teachers and administrators. The following training/ support was given to these staff members:

Assessors, who were blinded to the intervention statuses of the schools, conducted annual assessments over a 4-year period, using:

Class Teachers completed the Teacher Observation of Classroom Adaptation- Checklist (TOCA-C) (Koth et al, 2009) for each child in their class. This is a commonly used tool that measures each child’s level of:

In addition, data was collected on the following: PBIS interventions have a positive effect on aggressive and disruptive behaviours.

PBIS interventions had significant, but small positive effects on:

Children in intervention schools were 33% less likely to receive a referral to the office for disciplinary reasons. Statistical analysis revealed that the PBIS intervention had significant positive impact on referral of girls but not of boys.

The authors examined interaction effects between intervention status and grade, cohort, gender and special education needs. From this, they found only one significant difference; children who were in nursery school when the intervention began faired better than those who were not, for prosocial behaviour and emotion regulation.

PBIS interventions did not have a significant impact on:

A 4-year group randomised controlled trial provided the data for this paper, which is clearly a big positive. Assessors were blinded to the interventions that the schools were given, which also minimises bias.

Students who left the schools were not followed up, but this is a common issue with education research, as children move from one school to another.

Only public primary schools met the criteria for inclusion.

These findings provide support for the hypothesized reduction in behavior problems and improvements in prosocial behavior and effective emotion regulation after training in SWPBIS. The SWPBIS framework appears to be a promising approach for reducing problems and promoting adjustment among elementary school children.

I remember my school days… Just about! I attended a school where discipline was seen as an absolute must, and stepping out of line was certainly not recommended. We behaved well (most of us, most of the time!), and teachers had few reasons to reach for the sanction book. However, we pupils frequently discussed the unfairness and contradictory nature of the behaviour management systems, which we all (quietly) disrespected. Firstly, when anyone was caught mid- or post-misdemeanor, there were different sanctions applied according to your gender, age or the whim of the teacher. We felt particularly disgruntled by the rule declaring that girls should be given detentions and boys should be given a short sharp caning. Now, you must be thinking that I spent my youth in Victorian Britain, but no. This was the1980’s!

Thankfully, so much has changed since the early 80’s, and there is a general understanding (by most UK teachers) that whole-school systems, involving a combination of consistently applied sanctions and rewards, are most effective in assisting happy, calm learning environments. I certainly believe that behaviour management systems need to be fair, mainly positive, and always consistent if they are to inspire children to behave well, and provide the support that is so necessary for pupils and adults in school. Children from schools implementing PBIS were 33% less likely to be sent to the office for disciplinary reasons. Interestingly, this impact was  significant for girls, but not boys.

This study is an interesting one. It may highlight the need for behaviour systems and procedures to be school-wide and engage every member of the school community, if they are to be effective and consistent. However, further studies are required to precisely determine the elements that lead to improvements in office referrals and teachers’ perceptions of pupil behaviours.

The small, but promising, effect sizes seen here should be put into context. However, it’s hard to do this as the study does not tell us what the control schools did in terms of their behaviour systems, other than the fact that they did not receive the SWPBIS intervention.

Furthermore, it is interesting to note that the impact of SWPBIS is greater when children experience its procedures from nursery age upwards. I wonder if this is due to positive behaviour systems and interventions having greater impact on younger children, or whether it may simply be more effective due to the increased exposure children have to the systems. This poses interesting questions for future research, and considerations for older children beyond primary age.

Last reply was December 4, 2012
Try out our members features!