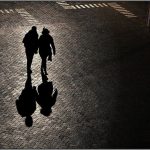 Hardly a week passes without the publication of a study reporting the identification of genetic variants associated with an increasing number of behavioural and psychiatric outcomes. This partly driven by the growth in large international consortia of studies, as well as the release of data from very large studies such as UK Biobank. These consortia and large individual studies are now achieving the necessary sample sizes to detect the very small effects associated with common genetic variants,.

We’ve known for some time that psychiatric disorders are under a degree of genetic influence, but one puzzle is why estimates of the heritability of these disorders (i.e., the proportion of variability in risk of a disorder that is due to genetic variation) differs across disorders. Another intriguing question is why there appears to be a high degree of genetic comorbidity across different disorders; that is, common genetic influences that relate to more than one disorder. One possible answer to both questions may lie in the degree of non-random mating by disorder.

Non-random mating refers to the tendency for partners to be more similar than we would expect by chance on any given trait of interest. This is straightforward to see for traits such as height and weight, but less obvious for traits such as personality. A recent study by Nordsletten and colleagues investigated the degree of non-random mating for psychiatric disorders, as well as a selection of non-psychiatric disorders for comparison purposes.

The researchers used data from three Swedish national registers, using unique personal identification numbers assigned at birth. The data were linked to the Swedish National Patient Register (NPR), which includes diagnostic information on all individuals admitted to a Swedish hospital and, since 2001, on outpatient consultations. Individuals with multiple diagnoses could appear as a “case” in each separate analysis of these different diagnoses.

For each case (i.e., individuals with a diagnosis), five population controls were identified, matched on age, sex and area of residence. Mating relationships were identified through records of individual marriages, and through records of individuals being the biological parent of a child. The use of birth of a child was intended to capture couples who remained unmarried. For each member of a mated case pair a comparison sample was again generated, with the constraint that these controls not have the diagnosis of interest.

First, the proportion of mated pairs in the full case and control samples was summarised. Correlations were calculated to evaluate the relationship between the diagnostic status of each individual in a couple, first within and then across disorders. Logistic regression was used to estimate the odds of any diagnoses in mates of cases relative to mates of controls. Finally, the odds of any diagnosis in mates was estimated, and the relationship between the number of different disorders in a case and the presence of any psychiatric diagnoses in their mate explored. 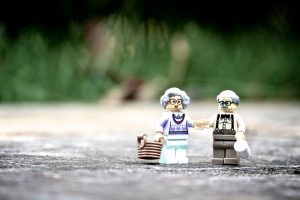 Non-random mating is not a lack of promiscuity! It’s the tendency for partners to be more similar than we would expect by chance on any given trait of interest.

Cases showed reduced odds of mating relative to controls, and this differed by diagnosis, with the greatest attenuation among individuals with schizophrenia. In the case of some diagnoses (e.g., ADHD) this low rate of mating may simply reflect, at least in part, the young age of these populations.

In general, if an individual had a diagnosis this was typically associated with a 2- to 3-fold increase in the odds of his or her mate having the same or a different disorder. This was particularly pronounced for certain conditions, such as ADHD, autism spectrum disorder and schizophrenia. 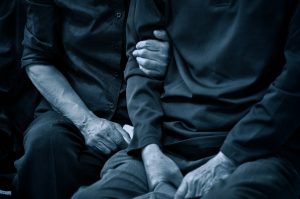 Correlations between partners were:

The authors conclude the following:

So, what are the implications of these findings?

This is because non-random mating will serve to increase additive genetic variation across generations until equilibrium is reached, leading to increased (narrow sense) heritability for any trait on which it is acting.

Second, non-random mating across psychiatric disorders (reflected, for example in a correlation of 0.31 between schizophrenia and autism spectrum disorder) could help to explain in part the observed genetic comorbidity across these disorders. 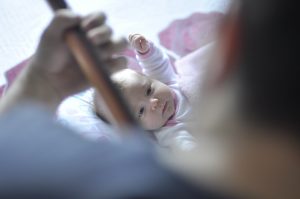 Non-random mating could explain why some psychiatric disorders are more heritable than others.

The major limitations include:

This last point is interesting; non-random mating such as that observed in this study could arise because couples become more similar over time after they have become a couple (e.g., due to their interactions with each other) or may be more similar from the outset (e.g., because similar individuals are more likely to form couples in the first place, known as assortative mating).

The authors conclude that the non-random mating they observed may be due to assortative mating for two reasons. First, shared environment (which would capture effects of partner interactions) appears to play very little role in many psychiatric conditions. Second, neurodevelopmental conditions are present over the lifespan (i.e., before couples typically meet), which would suggest an assortative mating explanation for the observed similarity for at least these conditions.

Some disorders (e.g., schizophrenia) are associated with reduced reproductive success, and therefore should be under strong negative selection in the general population. However, these results suggest they may be positively selected for within certain psychiatric populations. In other words, these mating patterns could, in part, compensate for the reduced reproductive success associated with certain diagnoses, and explain why they persist across generations.

Non-random mating also has implications for research, and in particular the use of genetic models. These models typically assume that mating takes place at random, but the presence of non-random mating (as indicated by this study) suggests that this should be taken into account in these models. This could be done by allowing for a correlation between partners, and neglecting this correlation may lead to an underestimate of heritability.

This study suggests that non-random mating is widespread for psychiatric conditions, which may help to provide insights into why these conditions are transmitted across generations, and why there is such a strong degree of comorbidity across psychiatric diagnoses. The results also challenge a fundamental assumption of many genetic approaches. 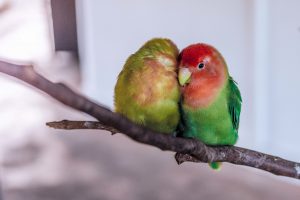