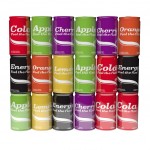 Dental erosion defined as, the irreversible loss of tooth tissue by chemical processes not involving bacteria is considered to be increasing. It has been estimated to have a prevalence of about 30% in adolescents so early diagnosis and understanding risk factors is important.

Although results were not consistent between cohort and cross-sectional studies, this review suggests certain dietary risk factors may contribute to dental erosion in adolescents. There is a need for more high-quality cohort studies to establish more conclusive evidence on the role of dietary acids and habits on dental erosion.

The reviewers have searched a good range of databases although restricting the inclusions to publications in peer reviewed English language journals may have excluded some relevant papers. All but 3 of the included studies were cross-sectional in nature so active and past erosion cannot be distinguished. Most studies used food frequency questionnaires or brief dietary assessments, which may result in recall bias and an individuals’ current diet may not be representative of previous diet and diet also varies with seasons and day of the week leading to inaccuracies. Multiple day or repeated dietary assessment may be more accurate, but two of the 3 cohort studies only undertook dietary assessment on a single occasion. A number of different indicies were used to assess toothwear and some may overestimate tooth wear. In addition, there can be diagnostic challenges to using these indices under field conditions.  While a frequency score was calculated for 32 potential risk factors with the highest being carbonated drinks, confectionary, and a swishing drinking habit/retaining drinks these should be interpreted cautiously as they do not reflect the importance merely how often they are mentioned in the included papers.  So while the available evidence suggest that some dietary factors may be linked with dental erosion high quality prospective studies are needed to help establish better quality evidence.