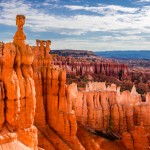 There are concerns that the levels of dental erosion, defined as, the irreversible loss of tooth tissue by chemical processes not involving bacteria are increasing with estimates of prevalence of about 30% in children and adolescents.

The aim of this study was to evaluate the progression of dental erosion over four years in a group of 13–14 year-old adolescents, and its association with some lifestyle and oral health factors.

A random sample of Swedish 13-14 year olds were invited to participate. Clinical examination for caries/gingival/plaque status and grading of dental erosion at the tooth surface and participant levels in ‘marker teeth’, including buccal/palatal surfaces of 6 maxillary anterior teeth and occlusal surfaces of first molars was undertaken. Drinking habits and other lifestyle factors were assessed by interview and questionnaire. Investigations were conducted at baseline and at 4 year follow up. In addition to scoring the severity of dental erosion on the marker teeth, Simplified Erosion Partial Recording System (SEPRS) was calculated. The participants were divided into high and low progression erosion groups and logistic regression statistics were applied.

Both the incidence and progression of dental erosion are high between 13–14 and 17–19 years of age. The hypothesis that progression was associated with certain lifestyle factors was fulfilled; that it was higher in boys was not confirmed, although boys developed more severe erosion than girls during the follow- up period.

Previously we have looked at a review of the incidence of dental erosion, which involved a large number of studies (Dental Elf-27th Nov 2014). The majority of the included studies were cross sectional with only two prospective cohort studies. This new prospective study from Sweden adds to the available evidence. Given the 4 year follow up period the 23% drop out rate was considered good but it is interesting to note that the drop outs had a greater severity of erosion at baseline. The drinking habits and lifestyle data was collected at two time points which does raise the questions as to whether these habits were maintained through the whole 4 year time period.