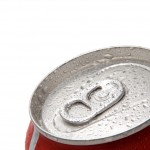 There are concerns about the increase in tooth erosion with a recent review suggesting a prevalence of around 30% with  estimates ranging from 7-74%. The increase in the consumption of acidic food and drinks are considered to contribute to this increase. The aim of this review was to assess the influence of diet on tooth erosion in children and adolescents.

Searches were conducted in the Medline, Web of Science, Scopus, Science Direct, EBSHost, Scientific Electronic Library online (SciELO) databases. Population-based cross-sectional and longitudinal studies were included that assessed tooth erosion and diet, in the permanent dentition of children and adolescents were considered.

Two reviewers independently selected studies. Study quality was assessed using the STROBE statement and the Newcastle-Ottawa Quality Assessment Scale (NOS). The pooled effect of dietary habits on tooth erosion occurrence was calculated using a fixed and a random model (OR and 95%CI). Each dietary group was considered a different outcome; consequently, specific meta-analyses were performed to each outcome.

The evidence indicated that some dietary habits (soft drinks, acidic snacks/sweets and acidic fruit juices) increased the odds for erosion occurrence, while milk or yogurt produced a protective effect. Methodological issues were shown to partly explain the heterogeneity of the data for some dietary products.

This review used wide range of data sources and has included 13 studies all but two being cross-sectional. One of the concerns relating to cross sectional data is whether the information collected on diet at any particular point in time is reflective of diet over a longer period. The authors themselves question the potential of the various instruments used to gather dietary data having an impact on their findings, for example they note that, ‘The association of diet and erosion was higher in those studies that administered the instrument more than one time.’

The authors note that 34% of the children sampled in this review had tooth erosion, which is similar to the mean values found in recent review (Dental Elf – 27th Nov 2014). The findings of the review support an association between the carbonated drinks, natural acidic fruit juices, and confectionery and snacks and a higher risk of tooth erosion and a reduced risk in those with high consumption of milk and yogurt. However, the quality of the available evidence is limited and higher quality longitudinal studies with robust collection of diet data would be helpful.