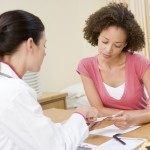 Patients with chronic periodontitis referred to a specialist clinic in Gothenburg, Sweden. Patients randomised to the test group received s single MI session given by a clinical psychologist otherwise all patients received non-surgical periodontal treatment provided by dental hygienists. The hygienists were unaware of the group assignments. Marginal gingival bleeding (MBI) and plaque index (PI) were the main outcome measures. Final assessment was conducted at 6-months.

A single freestanding MI-session as a prelude to conventional treatment had no significant effect on the individuals’ standard of self-performed infection control in a short-term perspective.

This study in contrast to one we highlighted previously (Dental Elf 21st Nov 2011) did not find any significant benefit from MI over the traditional approach and the authors discuss potential reasons for this in their paper. It is interesting to note that there have been a number of Cochrane reviews conducted on the use of motivational interviewing in other areas e.g. Douglas et al  2010, regarding smoking cessation. That review concluded: –

Motivational interviewing may assist smokers to quit. However, the results should be interpreted with caution due to variations in study quality, treatment fidelity and the possibility of publication or selective reporting bias.

With an increasing number of dental studies being conducted using an MI-approach it will be interesting to see whether the evidence-based for it use, or not can be clarified.