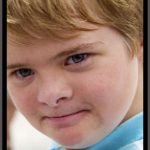 Down syndrome (trisomy21) first described in 1866 is one of the commonest genetic abnormalities. It is associated with growth delay mild to moderate intellectual disability and characteristic facial features including dental anomalies. While reviews of dental caries and periodontal disease in Down syndrome individuals have been conducted no reviews of malocclusion have been conducted.

The aim of this review was to assess the occurrence of malocclusion among children/adolescents with Down syndrome compared to their peers without Down syndrome.

The occurrence of malocclusion was higher in children/adolescents with DS compared to individuals without the syndrome. The strength of the evidence of the studies analysed, however, was considered moderate and low.

We have previously looked at reviews addressing the prevalence of caries (Dental Elf – 31st Jul 2019) and periodontal disease in Down syndrome patients (Dental Elf – 4th Jul 2016). The current review looks in detail at malocclusion in this group finding higher levels of malocclusion.

A number of databases have been searched and 11 studies included, 7 of which scored 7 or more points in the NOS assessment. The authors’ do raise some concerns related to the selection of controls as only 2 studies recruited them from the same population with similar characteristics. While the findings are indicative of an association between Down syndrome and malocclusion only a small number of studies are available overall and contribute to the meta-analyses of the specific types of malocclusion, so some caution is needed in interpreting the findings.

Periodontal treatment and prevention in Down syndrome patients