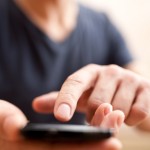 Dental caries affects between 60-90% of school-aged children globally yet is almost entirely preventable. Key to prevention is a good diet and oral hygiene behaviours. While improvements in knowledge change lead to changes in behaviour interventions based on behaviour change theory are more effective.  The mobile phone is seen as a potential tool in delivering interventions and a number of studies have suggested they may have a role in improving oral health.

The aim of this review was to assess the effectiveness of interventions delivered by mobile phones in improving adherence to oral hygiene advice for children and adolescents.

Searches were conducted in the Cochrane Central Register of Controlled Trials, Medline, Embase Classic + Embase, PsycINFO, ClinicalTrials.gov and the World Health Organization International Clinical Trials Registry Platform with no restrictions on language or date of publication.  Randomised controlled trials (RCTs) of interventions delivered by mobile phones aimed at changing oral health behaviour utilising behaviour change techniques conducted in children and adolescents (age 10-18yrs) were considered.  Data extraction and risk of bias assessment was carried out independently by two reviewers a qualitative synthesis was carried out as it was not possible to pool the data.  The risk of bias assessment was conducted using the Cochrane tool.

There is some evidence that mobile phones are effective in improving adherence to oral hygiene advice in orthodontic patients. The generalisability of this review is limited due to the small number of trials and the unclear risk of bias of included studies.

While the protocol for this review was published on PROSPERO it is interesting that only a minor change in the protocol, extending the age range from 10-18 year instead of the 10-17 indicated in the protocol is reported in methodology section of this review published in the Journal. According to the protocol a good range of databases were searched, and independent and duplicate data extraction and risk of bias assessment was carried out.