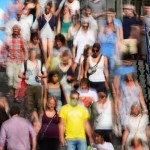 Oral and oropharyngeal cancers are mainly squamous cell carcinomas. In the past 10 years rates of oropharyngeal cancer have been increasing and an association with Human papilloma viruses (HPV) has been identified in contrast to oral cancer which if far less frequently associated with HPV.  There is some evidence suggesting that certain sexual behaviours are linked to an increased risk of oral cancer.

The aim of this review was to evaluate the strength of the evidence relating sexual behaviour to oral cancer.

there is evidence to suggest that a high number of life-time sexual partners, ever practising oral sex and having a female partner with a history of cervical cancer are associated with an elevated risk of developing oral cancer. However, the evidence is limited and quantitative estimates of the strength of these associations are not reliable.

This review has employed a detailed search strategy and searched 3 major databases. However, restricting the language to English is likely to have excluded some relevant literature which may have an impact on the findings.  All the included studies are observational in nature mainly of a case-control design and the EPHPP tool was used to assess quality. The review authors indicate that they did not find this particularly helpful and it is possible using the Newcastle Ottawa scale might have been more useful.

While the review helpfully summarises the evidence on this topic because of the variety of comparisons made in the studies the range of sexual behaviours assessed and the way in which they are categorised and reported it was not possible to perform a meta-analysis. The link between HPV and OPC is increasingly recognised and potential differences in the risk factors between OPC and OCC means it would have been helpful if more of the included studies had not chosen to combine both OPCs and OCCs. As the authors note

all but one of the studies that only included OPC cases showed at least one significant (sometimes two or more) positive associations with the sexual behaviours they assessed,

However overall the evidence for sexual behaviours being risk factors for oropharyngeal cancer (or OPC and OCC combined) is inconsistent, and further evidence from well conducted prospective cohort studies is needed.