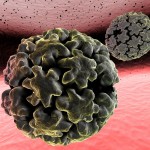 The main aim of this systematic review was to calculate the pooled estimates of the odds ratio (OR) for the association of HPV with OSCC and oral potentially malignant disorders’ (OPMD) [cases], when compared with healthy oral mucosa [controls].

Medline and EMBASE were searched without language restriction together with the reference lists of reviews and relevant papers. Eligible studies included randomised controlled, cohort and cross-sectional studies. Odds ratios were calculated and data pooled using a random effects model. Risk of bias was based on characteristics of study group, appropriateness of the control group and prospective design.

They identified 39 cross-sectional studies that met the inclusion criteria. This provided 1885 cases and 2248 controls of OSCC and 956 cases and 675 controls of OPMD for analysis.

They found significant association was found between:

In a subgroup analysis of OPMD, HPV was also associated with:

The results of this meta-analysis showed a strong association between HPV and OPMD⁄OSCC.