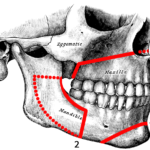 The aim of this review was to investigate whether the presence of third molars during sagittal split osteotomy of the mandible increases the risk of complications.

A protocol for the review was registered on the PROSPERO database. Searches were conducted in the Cochrane Central, Medline/PubMed, LILACS, Scopus, Dentistry and Oral Sciences Source (DOSS) and OpenGrey database with no limits on publication dates or language. Randomised clinical trials (RCTs) and observational studies (prospective and/or retrospective) evaluating the occurrence of complications during sagittal split osteotomy were considered. Two reviewers independently selected studies with data being extracted by one reviewer and crosschecked by a second. Risk of bias was assessed using the Newcastle–Ottawa Scale (NOS). Meta-analyses were conducted, and overall certainty of evidence assessed using the Grading of Recommendations, Assessment, Development, and Evaluation (GRADE) approach.

There was no statistically significant relationship between the presence of 3Ms and complications such as the presence of a nerve in the proximal segment of the osteotomy, infections, surgical removal of osteosynthesis material, and the occurrence of bad splits. However, the quality of evidence for this is very low. Thus, we strongly recommend future investigations with detailed methodologies and well- described surgical protocols to provide higher quality evidence to surgeons concerning this topic.

The reviewers have searched a good range of databases for studies addressing their question. 15 studies were identified involving a reasonable number of patients however there were all an observational design with a majority (11 studies) being retrospective in nature. In addition, 13 of the 15 studies were assessed as being at a high risk of bias with the review authors also highlighting methodological variation involving patient data selection and measurement and incomplete data. So, while the findings suggest no significant relationship between the presence of 3Ms and osteotomy complications the limited quality of the included studies means there is very low certainty in the findings. Further high quality well-reported prospective studies are needed to address this topic.