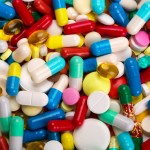 The use of antibiotic prophylaxis to reduce the risk of postoperative infection following orthognathic surgery is commonplace. However, there is considerable variation in relation to the preferred antibiotic, dose, duration of route of administration.

The aim of the review was to assess the effect of antibiotics on postoperative infections in orthognathic surgery.

Searches were conducted in the Medline/PubMed, Cochrane Library, Embase and Health Technology Assessment databases. Randomised controlled trials (RCTs) and systematic reviews and meta-analysis assessing orthognathic surgery outcomes with or without antibiotic cover were considered.  Three reviewers selected studies with AMSTAR being used to assess the quality of systematic reviews and GRADE for the primary studies. No statistical analysis was undertaken.

With respect to antibiotic prophylaxis in orthognathic surgery, most of the studies to date have been poorly conducted and reported. Thus scientific uncertainty remains as to the preferred antibiotic and the optimal duration of administration.

The authors have taken a robust methodological approach to this review identifying that the majority of studies undertaken to date have important quality limitations.  A 2015 review of the same question published by the Cochrane Wounds group (Dental Elf – 16h Jan 2015) which was discussed by the authors included 11 RCTs and concluded: –

Of the 11 studies included in the Cochrane review 5 were considered to be at high risk of bias, 5 at unclear risk of bias and 1 low risk of bias. Some may disagree with the approach taken by the authors of this review. However, with increasing concerns regarding antibiotic resistance there is clearly the need for additional studies to clarify , if there is a clear need for antibiotic prophylaxis after orthognathic surgery and what is the most effective antibiotic regime.