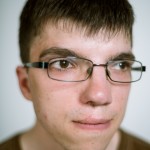 Cleft lip and palate (CLP) is a common birth defect. The prevalence of CLP globally is between 1 in 5-700 live births making it more common that neural tube defects or Down’s syndrome.  CLP treatment is prolonged and maxillary hypoplasia is a common clinical problem. Typically, this has been treated using orthognathic surgery, but distraction osteogenesis is increasingly being used in the treatment of craniofacial anomalies.

The aim of this review was to assess the effects and long-term results of maxillary distraction osteogenesis compared to orthognathic surgery for the treatment of hypoplastic maxilla in people with cleft lip and palate.

This review found only one small randomised controlled trial concerning the effectiveness of distraction osteogenesis compared to conventional orthognathic surgery. The available evidence is of very low quality, which indicates that further research is likely to change the estimate of the effect. Based on measured outcomes, distraction osteogenesis may produce more satisfactory results; however, further prospective research comprising assessment of a larger sample size with participants with different facial characteristics is required to confirm possible true differences between interventions.

This Cochrane review update (Dental Elf -11th Oct 2016) found no new completed trials or ongoing trial registrations of these two techniques for the treatment of maxillary hypoplasia in CLP patients. Given that the single reported trial was reported 10 years ago this is perhaps disappointing. However the researches did note that the design and conduct of trials is challenging and suggest that potential trialists should consider the IDEAL recommendations for evaluating surgical interventions.

The reviewers indicate that they identified several clinical studies of these interventions the majority being retrospective studies, case series or case reports but they highlight the need for high quality RCTs.