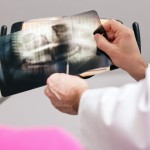 Improvements in the understanding of pulp biology have led to challenges to the established classification and new diagnostic terms and management strategies. So while the traditional approach to the management of irreversible pulpitis has been pulpectomy and root canal treatment a number of studies have examined the use of pulpectomy and demonstrated good outcomes.

The main aim of this review was to determine the success rate of complete coronal pulpotomy in carious teeth with signs and symptoms indicative of irreversible pulpitis.

Within the limitations of this review, the high success rate reported for pulpotomy suggests that this procedure offers hope as an alternative to root canal treatment in teeth with a diagnosis of irreversible pulpitis. However, well-designed and adequately powered randomised controlled trials are required to produce the evidence that would be needed to change clinical practice in this area.

Earlier this month we looked at another review by Li et al (Dental Elf – 10th July 2019) that addressed pulpotomy as management option for permanent teeth with extensive caries and pulpal involvement.  This new review has a narrower focus in that it only considered those teeth with a clear diagnosis of irreversible pulpitis in accordance with the American Association of Endodontists definition.  Consequently, fewer studies are included and only 1 RCT which is reported in 3 separate papers providing outcomes at 3 separate time points.  As the authors highlight the RCT is at high risk of bias but it does suggest that pulpotomy may have some potential as an alternative to root canal treatment. The Li et al review also provides some support for pulpotomy however there is a clear need for high quality well conducted studies in primary care that are adequately powered  to clarify the evidence to support changes in clinical practice.