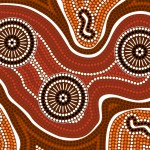 There is substantive evidence from systematic reviews for the effectiveness of fluoride varnish (FV)  in caries prevention (Marhino et al 2002). The aim of this study (Divaris  et al 2012) was to assess whether there were differential effects for  FV according to tooth surface and baseline pathology.

This was a secondary analysis of a cluster-randomised trial [Slade et al., 2011], conducted in aboriginal communities in Australia’s Northern Territory between 2006 and 2008.  The intervention involved twice yearly application of fluoride varnish in 2-4yrold children. There were 262 in the test group and 281 in the control group. Clinical examinations at tooth surface level were carried out at baseline and at 2 years. The overall preventive fraction was between 24-36%.   For this analysis each tooth surface was further classified according to three features: (a) tooth location (anterior = incisors or canines; posterior = molars); (b) surface anatomy (facial, lingual, occlusal and proximal); (c) subclassifications of both tooth location and surface anatomy (posterior teeth, maxillary anterior teeth, occlusal surfaces, pits and fissures, maxillary anterior facial surfaces and proximal surfaces).

The intervention had greatest efficacy on surfaces that were sound at baseline. Among those sound surfaces, maxillary anterior facials received most caries-preventive benefit.

The full text of the originally published trial (Slade et al 2011)  is available  for those interested in reading further details. This analysis found that the FV had least effect on hypoplastic surfaces and greatest benefits on sound surfaces   The 2002 Cochrane review did not include many trials conducted in younger children so this trial should be able to be included in the update of the Cochrane review  which is anticipated during 2013.