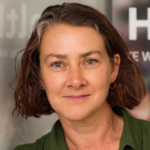 Terry (Theresa) Fleming is a senior lecturer at Victoria University of Wellington (Te Herenga Waka, Aotearoa) New Zealand and honorary senior lecturer in Psychological Medicine at the University of Auckland. Here is her introduction: I worked in youth health and youth mental health in underserved communities for many years (in clinical social work and then in social innovation, research and development roles). I became involved in digital mental health tools because existing models were unappealing and insufficient for the diverse teens I was working with. I am one of five developers of SPARX, which is a game-like computerised CBT for adolescents. The [often brutal], feedback I had on the development of SPARX from my computer gaming kids, my cartoonist spouse, adolescents I worked and others with was invaluable. That and ongoing engagement keeps me on the lookout for ways of really increasing wellbeing via scalable approaches. I oversaw the clinical aspects of the first three years of SPARX implementation in New Zealand and have advised the New Zealand Health Promotion Agency and others on increasing the impact of digital mental health tools. I have a number of research projects in this space. 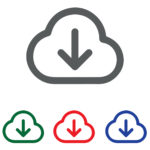