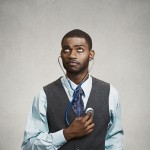 The UK has an ever more diverse society and ethnic minority groups are growing. Due to the great heterogeneity of ethnic minorities and their vastly different cultural backgrounds, their health and social care needs may differ from one another, and from the indigenous population. That’s why ethnic minorities need targeted services to truly meet their needs.

This systematic review by Sidhu and colleagues (2014) discussed here focuses on the first set of health problems, diabetes and chronic heart disease, amongst others, as examples of chronic diseases. The authors have looked at how such chronic diseases in ethnic minorities can effectively be managed through self-management programmes (CDSMPs).

The authors have looked at how chronic diseases in ethnic minorities like diabetes can be effectively managed through self-management programmes.

Studies in English published between January 1948 and July 2013 were included. Of nearly 30,000 studies showing up in the database searches, 216 full articles were read and assessed for inclusion into the review.

In the end, 28 studies were included, 16 of which were randomised controlled trials.

The review showed that user-led group-based self-management interventions in ethnic minorities frequently resulted in improvements in cognitive factors, such as distress, pain, fatigue, self-efficacy and self-reported health. Only minor effects were noted for clinical outcomes such as reduced blood pressure and reduced BMI.

Most interventions were based on theories aimed at modifying behaviour. Interestingly, when comparing the effects of interventions with and without the integration of theory, those without theoretical underpinnings showed no effects on clinical outcomes, whereas those with theory did. This seems to be expected considering that modifying one’s behaviour to practice more physical exercise has a direct effect on reduced blood pressure and BMI.

An interesting aspect picked up by the authors was the adaptation of the interventions to suit the minority groups. The authors highlighted that the interventions integrated the cultural beliefs and practices, as well as were structurally modified so as to improve their attendance and completion. There were improvements in cognitive factors such as distress and pain, with minor effects noted for clinical outcomes.

The review in itself is of good quality, and is based on meticulous literature searches and inclusion criteria. However, based on the evidence collected, the findings of this review are not that generalisable to most Western countries, considering the large proportion of studies from the United States (24 of 28 included studies).

There appears to be a greater research interest in user-led group-based self-management interventions for ethnic minorities on this part of the globe for some reason, which is difficult to comprehend considering the great cultural diversity of other Western countries, such as the UK, Germany or France.

With most studies from the US, the authors also highlight the limitation that ‘Asian’ for instance is likely to mean something different in the US than it does for instance in the UK. Also, with different types of ethnic minorities in other countries, such as the large population of Turkish and Greek people in Germany, more research needs to be conducted to establish whether these types of interventions are truly effective or dependent on the ethnicity.

In a recent literature review on cognitive interventions to improve independence in people with dementia (Giebel & Challis, 2015), we showed how critical, but also how little integrated in existing research, cognitive theory is. If you look at the Medical Research Council guidance on developing complex interventions though (MRC, 2000), the integration of theory is vital. Findings may not be generalisable to European countries as a large proportion of studies were from the United States.

In summary, this is an interesting review which does show how effective lay-led group-based self-management interventions can be for ethnic minorities.

Although there has been much more research on health and social care for ethnic minority groups in the past decade (Giebel et al., 2014; Mukadam et al., 2013; Parveen et al., 2013), we still have a long way to go to truly help the very heterogeneous group of different ethnicities in receiving specially tailored treatment, and access services. This review is a good step in that direction.