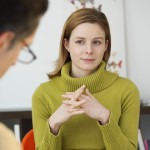 Deep in the woodland, away from the prying eyes of the general public, we elves are kept lean and mean in readiness for our next assignment. In the darkness we wait in anticipation; what will the Chief Elf challenge us with next? In secret we hope and pray that our next mission will be a “biggie”; a meaty review that will blow the scientific communities collective socks off. A sure sign that such an elf-changing event might be going to happen is signalled by the arrival in our rustic dwellings of a “Cochrane”.

The Cochrane Collaboration is a not-for-profit, global, independent network “responding to the challenge of making the vast amounts of evidence generated through research useful for informing decisions about health.” They produce wonderfully thorough, well-structured and highly reputable reviews of scientific health literature and we elves love them! Oh and they can be huge and elves thrive on quantity as well as quality data. 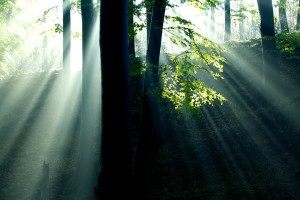 Deep in the darkest corners of the wood, the elves await their assignments.

Common mental health disorders (CMDs) can affect up to 15% of the population at any time (NICE, 2011). They include disorders that can have lifetime cycles of remission and relapse, can vary in severity and are associated with long-term disability. They have profound personal, social and economic consequences. The table below highlights just how common these disorders are:

It is therefore no surprise that the diagnosis and treatment of such disorders has been the subject of much research, debate and a fair amount of controversy. Although it is possible to assign expert opinion on the treatment of CMDs into broad categories (psychotherapeutic interventions (talking therapy) versus psychotropic pharmacological treatments (medication)) there exists a whole host of nuanced views within this contentious field of research. Perhaps the hottest and most keenly debated subject in this field lies in the choice of talking therapy. Fellow elf Andrew Shepherd recently wrote an eloquent blog highlighting the debate around the battle of talking therapies for social anxiety disorder; not something for the faint of heart. 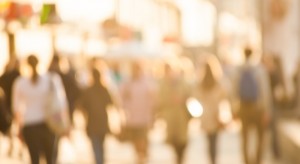 According to NICE, common mental health disorders can affect up to 15% of the population at any time.

For suffers of CMDs in England we have clear guidelines on the diagnosis and treatment for each disorder (group) in the shape of the NICE Guidelines (NICE, 2011). These all use a so-called stepped care model:

This is a system of delivering and monitoring treatments, so that the most effective yet least resource intensive, treatment is delivered to patients first; only ‘stepping up’ to intensive/specialist services as clinically required.

Talking therapies are prescribed at “step 3” for all CMDs. The recommended intervention being dependent upon them being evidence-based: 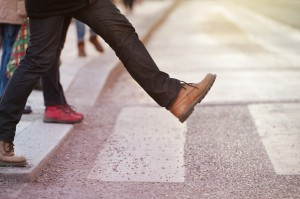 Stepped care aims to ensure that the most effective, yet least resource intensive, treatment is delivered to patients first.

Short-term psychodynamic psychotherapy (STPP) has been developed as a brief alternative to the original long-term models. There have been a number of variants developed since the 1970s, but all are brief talking therapies aimed to work with unconscious impulses, feelings and processes that can cause or maintain CMDs. STPPs focus on resolving old trauma, known to effect relationships and have been shown to be effective in resolving CMDs.

STPPs share common factors that distinguish them from all other models, including CBT. Therefore, this elf was elated to be asked to blog on a Cochrane Review that presented an update on the scientific evidence available supporting the use of short-term psychodynamic psychotherapies (STPPs) for common mental disorders (CMDs). Would this provide us with solid evidence to support STPPs in the treatment of not only depression, but also other CMDs?

The authors searched the Cochrane Depression, Anxiety and Neurosis Group’s Specialised Register. This contains relevant RCTs from The Cochrane Library, EMBASE, MEDLINE and PsycINFO. In addition they searched on CENTRAL, MEDLINE EMBASE, CINAHL, PsycINFO, DARE and Biological Abstracts and checked the references of all papers received. Finally they also contacted a “large group of psychodynamic researchers in an attempt to find new studies” – I told you they were thorough!

They looked at RCTs of STPP treatments (both cluster randomised trials and crossover randomised trials were included) that were carried out on adults with CMDs (anxiety disorders, depressive disorders, certain behaviour disorders and interpersonal or personality problems mixed with symptom disorders). Studies that included CMDs comorbid with medical or psychiatric disorders (including personality disorders) were accepted; excluding those on people with psychotic disorders. The review was also limited to studies carried out on outpatients.

The authors defined STPPs as:

Controls inventions included were: wait-list controls; minimal treatment controls that had been designed as psychological placebo treatments; treatment as usual or non-psychotherapeutic treatments. 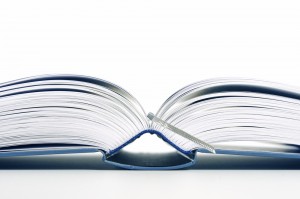 This systematic review followed the detailed and robust Cochrane methodology.

The authors’ search process whittled >6,600 articles down to 33 that met their inclusion criteria. These data were then used to carry out the meta-analysis. All of the studies were RCTs, on adults (n=2,173), carried out in outpatient settings in mainly Europe and North America.

The nature of the STPP used in the studies also varied in the specific model used, the number of sessions offered and in the experience of the therapist delivering the sessions. Some used a manualised approach, some included patients receiving medication as well as therapy and the nature of the control also varied.

I have summarised the primary outcome findings in a table below. It is important to note that there was significant heterogeneity (P values <0.10, I2=50% or greater) in 10 analyses and therefore the authors are reporting results from the random effects model.

When the investigators limited the analysis to studies in which the STPP was delivered in a manualised form, the benefits of STPP were (in general) smaller than those observed in the overall set of studies. This was also the case when they only compared studies that compared trials in which both treatment and control patients also received medication. Benefits were also reduced in studies that offered <20 sessions.

Heterogeneity across the included studies makes it hard to draw any definitive conclusions from this review.

From this extensive and exhaustive study, the authors concluded:

There has been further study of STPP and it continues to show promise, with modest to large gains for a wide variety of people. However, given the limited data, loss of significance in some measures at long-term follow-up and heterogeneity between studies, these findings should be interpreted with caution. Furthermore, variability in treatment delivery and treatment quality may limit the reliability of estimates of effect for STPP. Larger studies of higher quality and with specific diagnoses are warranted.

The complete Cochrane Review covers some 105 pages and represents a thorough and comprehensive review of the current literature that examines the efficacy of short-term psychodynamic psychotherapy for the treatment of common mental health disorders. In terms of the quality of the analysis and reliability of the data presented in this review, I can find no fault. The authors themselves identify the major strengths and weaknesses of their own study and I won’t re-hash them here.

For me (and I hope for those of you who read my blog and the original article) the main issue lies in the fundamental question of why carry out this study in it’s current format at all? I have struggled with the “broad-brush” approach of many of these “mega reviews”. It seems to me that the authors are being overly ambitious in their objectives at the outset of the study. Would it not be more helpful to first establish the efficacy of specific model(s) of STPP (or any treatment) for specific and well-defined disorder(s)? What would we make of studies that say looked at the question: do antibiotics work for bacterial infections? Would we expect black and white conclusions from such a question? No of course not! The authors seem to draw the same conclusion themselves: “…studies of higher quality and with specific diagnoses are warranted”. 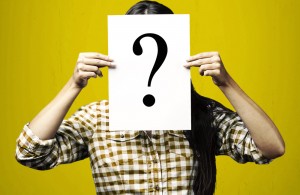 To be useful and relevant to practice, systematic reviews should ask a clearly focused question.

So what do we need? If we take the NICE approach, which takes each common mental health disorder separately and further differentiates severity and recommends appropriate (evidence-based) clearly defined treatment(s), then patients can expect a fair chance of achieving remission from the disorder which they are blighted by. Therefore, why not construct trials that then ask specific questions (e.g. does behavioural activation, a specific element of CBT, alleviate suffering in people with moderately severe unipolar depression, which in turn needs to be clearly defined in terms of symptoms, severity, duration, etc.?) and not generic questions (e.g. does CBT work for depression patients?).

In England, the IAPT programme is delivering defined and evidenced-based psychotherapies to people with common mental health problems. It is generating enormous quantities of data, some of which is reaching the public domain. However, within this data lies a wealth of information that is not being reported. If we were to drill down into this well, we would find many answers to the efficacy of treatment x on condition y and equally importantly be able to identify what doesn’t work. I feel many of the questions being posed at the conclusion of this and countless other reviews (i.e. more studies and more data are needed) could be addressed.

Short-term psychodynamic psychotherapy clearly does benefit some people suffering from some common mental health disorders. This current review seems to be supporting its use in some common mental health disorders (mainly depression and anxiety). IAPT data already (undoubtedly) exists which could validate these current findings and perhaps, much more importantly for the patients suffering from such disorders, could tell them if STPP is “better, worse or the same” than other talking therapies.

Shepherd, A. CBT versus psychodynamic psychotherapy for social anxiety disorder: long live the dodo or time for a change in research emphasis?The Mental Elf, 29 Oct 2014.

Last reply was November 19, 2014
Try out our members features!