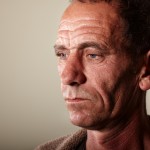 Depression in older adults tends to be more chronic and, as a consequence, psychological interventions addressing it tend to be less efficient.

In a recent article published in the journal Maturitas, Cuijpers and collaborators conducted a meta-analysis of trials for psychological treatments for depression in older adults. They noted that the rapid increase in the number of such trials over the recent years could make it possible to tackle research questions not approached in previous meta-analyses, for instance regarding the efficiency of previously less studied therapies, such as life review treatments.

Included studies were assessed for methodological quality, using four criteria of the Risk of Bias Assessment tool developed by the Cochrane Collaboration: adequate sequence generation, allocation concealment, blinding of outcome assessors, incomplete outcome date (this was coded as positive if analysis were conducted following the intent-to-treat principle, meaning all randomised participants were included in the analysis).

Effect sizes (ES) were calculated as standardized mean differences for each comparison between psychotherapy and a control group or comparison group at post-test and at follow-up of 6 months or longer. They were then transformed in Hedges’ g in order to adjust for bias due to small size (.20, .50 and .80 correspond to small, moderate and respectively large ES). The standardized mean difference was also transformed in an index more amenable to a clinical interpretation, the NNT, indicating the number of patients that have to be treated to generate one additional positive outcome. Depression in the elderly tends to be chronic and hard to treat. Image: Gareth Williams CC BY 2.0

44 studies met the inclusion criteria and were included in the meta-analysis. This study suggests that psychological treatments have a moderate to high effect on depression in older adults.

In this updated meta-analysis of psychological treatments of depression in older adults, we could confirm that these treatments have moderate to high effect on depression, which were maintained at 6 months or longer post-randomization.

However they also emphasized that:

The effects are probably overestimated because of publication bias and because of the low quality of several of the included studies.

While cognitive behavior therapy and problem solving therapy were found to be more efficient than other therapies investigated, and non-directive counseling less efficient, the authors caution that, along with study quality, research allegiance in favor of therapies other than counselling could have been a factor in these results, as it is a common phenomenon in this field of research. However, this cannot be established at the moment due to the reduced number of studies for the comparisons among different psychotherapies. As is often the case with meta-analyses of psychological research, the quality of included studies was fairly low.