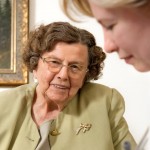 Depression and anxiety are both common conditions in patients with dementia and mild cognitive impairment (MCI), with some studies finding around 30% of patients show at least some depressive symptoms (Enache et al, 2011). Similarly, a study on vascular dementia found around 70% of participants had two or more symptoms of anxiety (Ballard et al, 2000).

The presence of anxiety or depression with dementia is linked with poorer outcomes, such as increased institutionalisation and carer depression. Although anxiety and depression appear to be an issue in people with dementia and MCI, there is little research on how best to treat these conditions in this group of patients.

The reviewers searched for studies in the ALOIS database –a comprehensive open-access register of dementia studies gathered from a range of other databases and sources. Studies’ reference lists from this search were also manually checked for any further relevant trials.

Having removed duplicates and irrelevant studies, exclusion criteria were then applied to the studies found. To be included in the review, studies had to be a form of randomised controlled trial. Studies’ dementia participants had to have a diagnosis of dementia from the DSM-IV or ICD-10 or similar to be included, whilst the definition of MCI was much broader, being only cognitive impairment without dementia.  The psychological interventions assessed by the studies could be quite varied; for inclusion, the intervention had to aim to reduce anxiety or depression through structured interaction with the patient based on psychological theories. The intervention could be individual or group based, and of any length or frequency. The outcome of the intervention on depression or anxiety had to be measured on a standardised test (such as the Hamilton Depression Scale).

Applying the exclusion criteria left the reviewers with 6 studies to include in the review. None of these studies included an MCI group, so only dementia was reviewed. All studies used participants with all types of dementia, but the interventions used by each study varied widely so are detailed below: 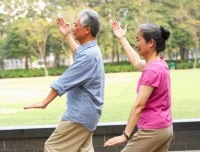 This review included a wide range of interventions; everything from CBT to Tai Chi

The reviewers compared outcomes for depression and anxiety between the studies’ intervention and control groups.

The authors conclude that there is:

Evidence that psychological interventions added to usual care can reduce symptoms of depression and clinician-rated anxiety.

However, this conclusion may not be well founded given the variation of studies included in the review. A major flaw in the review is that it focused on interventions for depression and anxiety together – although these disorders are commonly found together, they are still separate disorders so may have different treatments, including for people with dementia. Similarly, the term ‘dementia’ incorporates many different neurological disorders with different characteristics and presentations and so treatments for psychological disorders may vary in effectiveness between types of dementia, and so the review is inappropriate to group these together (indeed, depression and anxiety may be more common in vascular dementia compared with Alzheimer’s disease (Ballard et al, 2000)).  The interventions may also not be comparable for review due to differences in approach and duration.

Overall, the review may be too poorly focused to be able to draw any firm conclusions or to guide clinical care; instead, much more research is needed. Nonetheless, the positive review findings do seem to suggest that further research into psychological interventions for dementia may prove fruitful. 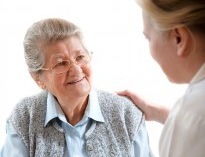 The Cochrane reviewers conclude that “psychological interventions have the potential to improve patient well-being”, but further studies are needed before we can be certain of the benefits

... and 8 more
Try out our members features!