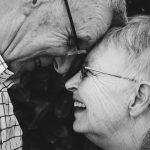 The aim of this recent meta-analysis (Kishita et al, 2016) was to look at studies of adults over 60 years of age who were receiving a manualised mindfulness-based form of CBT intervention for a physical or psychological condition where depression and/or anxiety was measured as an outcome. It is not completely clear from the description provided whether the authors only considered studies where depression and/or anxiety were secondary features under consideration, and if so why this would be.

This meta-analysis is positioned as the first to consider the efficacy of third-wave CBT for the over-60s specifically. The authors state a need for this work based on the growing older adult population and the higher levels of comorbid diagnoses within this age group. The background section of the paper is rather brief, which perhaps reflects the limited amount of research in this field at the present time.

In terms of third-wave approaches, the authors selected only Acceptance and Commitment Therapy (ACT) and Mindfulness-Based Cognitive Therapy (MBCT). Both ACT and MBCT are considered to be ‘third-wave’ therapies as they focus on the process of thinking and feeling rather than the content of thoughts and feelings. The authors’ reason for not including Dialectical Behaviour Therapy (DBT) studies was because the RCTs using DBT were all concerned with the treatment of Borderline Personality Disorder. 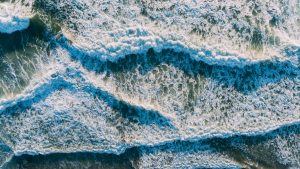 ‘Third-wave’ psychotherapies focus on the process of thinking and feeling, rather than the content of thoughts and feelings.

The authors provide a clear set of inclusion and exclusion criteria in selecting their studies and describe the method by which two of the authors separately extracted data and then compared their outcomes from the appropriate studies. Ten studies were ultimately included in the analysis, providing a combined sample size of 330 older adults. The data that was gathered from each study and the statistical analyses used are clearly described, and it is helpful to see how the authors used heterogeneity measures and the ‘what if?’ indicators of Rosenthal (1993) and Duval & Tweedie (2000).

Of the ten studies analysed, nine reported depression and seven anxiety outcome measures; five were randomised controlled trials; two of the ten used individual therapy with the remaining eight utilising group therapy formats. Four of the five RCTs had a waitlist control only. Half of the studies reported making adaptations of the therapy offered to suit older adults, but it is unclear what these adaptations were.

Only three studies involved researchers with gerontological training; one study was conducted by researchers with neither gerontological expertise or psychological training. The tabulation of the ten studies really helps the reader to compare the type, length and format of therapy in each study and to think about the potential quality of therapy in each study.

Whilst they do not make this point strongly themselves, the authors have identified a field of clinical practice (third-wave cognitive therapies) which is in rapid growth. The holistic angle of these therapies means that they will likely proliferate in older adult therapy, given the higher rates of physical and social care interventions being undertaken in this age group relative to younger adult populations.

The inclusion and exclusion criteria for the literature search are clear, and the selection of search engines and terms appears comprehensive.

In a relatively new field of clinical research investigation, when is the right time to produce a meta-analysis or summary? There is no one-size-fits-all answer to this question. A summary of five papers can be enormously helpful if the five papers reflect high quality, rigorous research with easily comparable outcome measures, adequate sample sizes and clearly reported interventions. Of course, this rarely occurs, particularly in fledgling fields of interest; including this field.

This does not have to be a major problem but it becomes a significant limitation for this meta-analysis. Although the authors tell us that the ten papers available for inclusion in the analysis are of variable quality, they do not present in sufficient detail information on the quality of each study such that the reader can decide which studies in the spread of effect sizes are more or less likely to be reliable and/or valid. It would have been helpful to have had some of the quality indicators tabulated as well as the sample sizes, outcome measures and therapy details listed for each study.

As such, it makes it very hard to scrutinise possible reasons for the variation in effect sizes between studies; although even if this individualised quality information was available, one suspects that there is simply too much variation between the content and process of studies that it would be nigh on impossible to draw more than the most speculative theories on the factors contributing to efficacy. 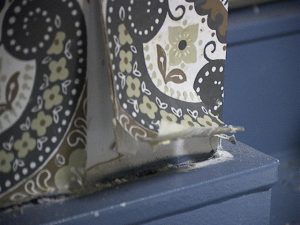 Meta-analyses are only ever as good as their included studies, and if there are insufficient trials available it’s impossible to paper over the cracks.

This is a concise meta-analysis; nothing wrong with that, except that several teasing ideas are put into the open without any clear follow through:

This could have been an interesting building block analysis, highlighting the quality issues in the field and the potential benefits of clinical psychology researchers working from a more sociological and gerontological theory base. As it is, this meta-analysis feels half-hearted, and its equivocal message, whilst not completely uninformative, does not feel like the full picture. 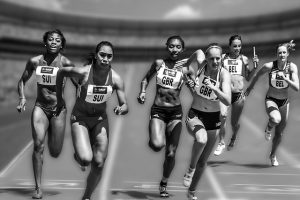 A job half done, or time for another research team to take on the baton?