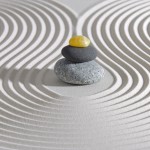 Previous Mental Elf blogs have explored the pros and cons of mindfulness-based interventions for the treatment of a wide range of common mental health issues; in the words of this current study: “Practising mindfulness regularly may decrease vulnerability to cognitive and emotional reactions leading to stress and other psychological problems”.

In July of last year, I wrote about a meta-analysis which suggested the benefits of mindfulness-based interventions for depression, but was unclear on its use for anxiety.

In this blog, I am focusing on an randomised controlled trial (RCT) published on mindfulness based group therapy (MBGT) in primary care settings. I was pleased that this study also examined the use of mindfulness in anxiety, stress and adjustment disorders, as well as including patients with depression. Perhaps now we will have a better sense of the benefits of mindfulness in a range of common mental health disorders. 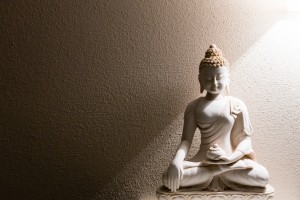 Practising mindfulness has previously been shown to have benefits for symptoms of depression.

Sundquist and colleagues build up a cognisant case for studying the effectiveness of group-based mindfulness therapy in the treatment of common mental health disorders; highlighting both the clinical and economic justification for carrying out their RCT.

It is pertinent that the study was carried out in Sweden, where CBT therapists are in short supply so patients suffering from depressive illness and anxiety disorders have restricted access to the most commonly prescribed (one-to-one) therapy. They also rightly point out that, to-date, there have been few studies which have reported on the efficacy of mindfulness-based interventions carried out in groups in primary care settings.

The aim of the RCT was to compare structured mindfulness-based group therapy programme with (mainly) individual CBT (treatment as usual, TAU), in patients with depression, anxiety, stress and adjustment disorders in primary care settings in Sweden.

All of the MBGT instructors received the formal, structured training prior to the commencement of the study. This consisted of a six-day course with an oral examination at its conclusion.

The 16 participating general practices were responsible for the recruitment of patients who met all the following four inclusion criteria:

Patients were excluded if they presented with severe psychiatric conditions, had a high risk of suicide, were impaired by substance misuse, were pregnant, were undergoing any form of psychotherapy or had a recent diagnosis of thyroid disease.

Suitable patients were randomly allocated to either MBGT or TAU by the investigators.

The MBGT consisted of 8 weekly 2-hour group sessions, and participants were encouraged to practice mindfulness at home for 20 minutes per day.

The TAU, control group “sometimes included pharmacological treatment, and in most cases also psychotherapy or counselling”; however, “most” (n=80) received (on average) six sessions of CBT.

Data was statistically analysed (Wilcoxon rank sum test for medians; Student’s t-test for means; and Chi-squared test for proportions) and power calculations performed based on the assumption that the MBGT would be no worse than TAU. 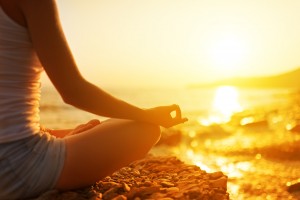 Those assigned to the MBGT group were given 8 weekly group sessions and were encouraged to practice mindfulness techniques independently for 20 minutes each day.

The main purpose of this study was to determine pre-treatment (baseline) scores for a range of outcome measures that are tried and trusted means to assess levels of depression (MADRS-S; HADS-D; PHQ-9) and anxiety (HADS-A).

Patients with common mental health disorders (mainly depression and/or anxiety) were then treated with either MBGT or TAU and immediately re-tested (follow-up) using the same outcome measures. Theoretically, the authors could then determine if mindfulness based group treatment led to remission. The results clearly demonstrated that MBGT reduced mild to moderate depression and anxiety symptoms by all measures (P<0.001 in all cases) and that MBGT was “non-inferior” to TAU (P<0.001 in all cases).

The authors also looked at teasing out some detail from their study and were able to separate those who received CBT from those who didn’t in the TAU group and to compare individual CBT to MBGT – again concluding that any differences were not statistically significant.

Using a 97.5% one-sided confidence interval (checking if the upper limit exceeded 3.5) to establish that MBGT was non-inferior to TAU (upper limit 3.17). 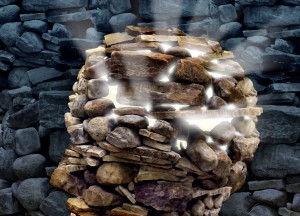 Mindfulness-based group therapy was found to be as effective as treatment as usual, for symptoms of depression and anxiety.

Mindfulness-based group therapy was non-inferior to treatment as usual for patients with depressive, anxiety or stress and adjustment disorders.

This study adds some weight to the growing base of evidence that mindfulness-based interventions can be of significant benefit to people suffering from mild to moderate common mental health disorders.

My immediate concerns with this type of study are the tendency for researchers to apply “broad-brush” protocols to the complexity of psychotherapy investigations. I always favour stricter definitions of the patients included in such studies, for example testing MBGT on say mild to moderate depression and/or mild to moderate generalised anxiety and to eliminate patients taking psychotropic medication; not all medications are the same and some patients can have real issues with drug-compliance!

As with any real world psychotherapy study carried out on humans in their natural environment, it is impossible to control for every variable. In an ideal study, greater numbers of patients would have been strictly allocated to strictly defined groups and limitations (e.g. prescribed medication or not) eliminated in a study that used a more highly defined control group (e.g. compared to a specific and highly defined individual CBT treatment with or without antidepressant/tranquiliser prescription). A longer follow-up than the 8 weeks of this trial would also provide more compelling evidence. However, the authors do address some of these limitations and have clearly squeezed as much information from the trial as could be reasonably expected.

I work in an UK-based IAPT service, where we are constantly under pressure to provide both cost-effective and evidence-based (clinically responsible) treatments for common mental health disorders. This study shows that mindfulness-based group therapy might be an intervention that could tick both clinical and economic boxes. 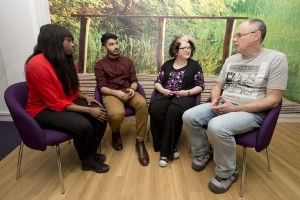 Could mindfulness-based group therapy become established in the UK as a treatment for people with common mental health disorders?