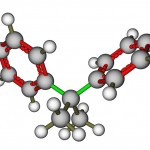 The release of Bisphenol-A (BPA) from dental resins has attracted attention from researchers, and it has been described as an endocrine disruptor chemical. The aim of this review was to assess the short- and long-term release of BPA in human tissues (saliva, blood serum and urine) after treatment with dental pit and fissure sealants.

As noted in the reviews discussion there is much heterogeneity in the methodological approaches and materials tested in these studies. So while the review finds evidence to support the release of BPA from dental sealants the exposure to BPA is poorly characterised

Last reply was June 5, 2019
Try out our members features!