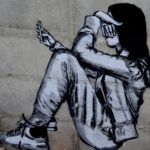 What is cyberbullying? According to the authors of this recent paper in The Lancet Child and Adolescent Health, cyberbullying refers to:

“…repeated, intentional aggression that takes place in an electronic context (e.g. e-mail, blogs, instant messages, text messages) and is targeted at a person who cannot easily defend himself or herself.”

Whatever it is and however we define it, cyberbullying is one of the most common concerns that I hear from parents and teachers. A frequently voiced fear is about the use of social media and in particular the extent to which children and young people are vulnerable to bullying on social media. After all, ‘everyone knows’ that cyberbullying is a major problem for young people, don’t they? 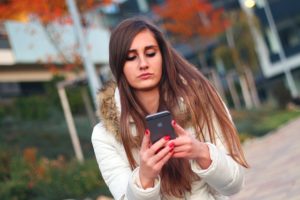 Parents and teachers often express concerns about cyberbullying, but are these fears justified?

It’s pretty rare to have the opportunity to ask 110,000 young people about their experiences. We should do it more often. This study packs a punch because it is both simple and huge. Around one in 5 of all 15 year olds in England completed this impressive survey. They answered questions about their experiences of bullying and their well-being on well established questionnaire measures. Different types of bullying were explored:

Of concern is the finding that almost a third (30%) of 15 year olds reported that they were regularly bullied. Girls were more likely than boys to report all types of bullying except physical bullying. Of interest, cyberbullying was not common; under 4% of young people reported any form of regular cyberbullying. In addition, almost everyone who reported cyberbullying also reported being bullied in traditional ways; fewer than 1% of young people reported being cyberbullied with no experience of other forms of bullying. This suggests that cyberbullying simply adds another method to the bully’s arsenal and that the same children are likely to be bullied, regardless of the method used.

However, even if it is rare, cyber-bullying might be especially damaging to young people; unlike other types of bullying it is harder to avoid, can be anonymous, and can happen anywhere and at any time. The authors examined the association between different types of bullying and well-being. After controlling for the effects of gender, material deprivation and ethnicity, bullying accounted for 5% of the variance in well-being; the relationship between cyber-bullying and well-being was weaker and accounted for only 0-1% of well-being. Therefore the assumption that cyberbullying is especially damaging or pernicious was not supported by these data.

Almost a third (30%) of 15 year olds reported that they were regularly bullied, but only 4% reported any form of regular cyberbullying.

It’s a pleasure to read a simple study with a clear outcome. It’s refreshing to come across a study that used simple methods to answer a simple question (or two). It’s particularly fun to find that data do not support what ‘everyone knows’.

Naturally though this study has limitations:

These caveats however, do not undermine the headline results. Many adolescents experience regular bullying, and those that do tend to have poorer well-being. Cyberbullying is comparatively rare and most young people who report cyberbullying are also bullied in other ways. The data suggest that worry specifically about the impact of cyberbullying on young people is probably misplaced. As bullying in general is so common and is related to impaired well-being it may be more useful to develop and deliver interventions to reduce all types of bullying. If we can prevent bullying and reduce the incidence of bullying, this is likely to have a more direct effect on well-being than focusing specifically on the perils of cyberbullying. 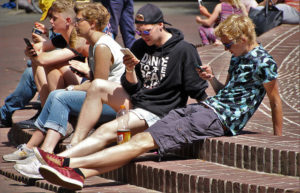 Cyberbullying is comparatively rare and most young people who report cyberbullying are also bullied in other ways.

Last reply was August 22, 2017
Try out our members features!