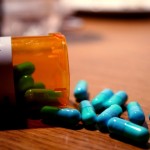 Large placebo effects (clinical improvement due to patients’ positive expectations and their experience that they are being cared for) are often seen in the treatment of many clinical conditions (see placebo reading links below). 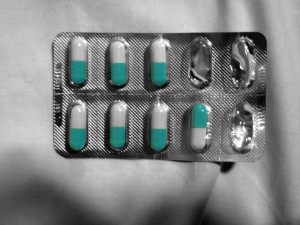 Double-blind placebos are about 80% as effective as antidepressants in randomised trials.

Patients underwent 1 week of placebo treatment (2 pills/day), in which they were told the pill was an antidepressant (active placebo) and 1 week of treatment with a pill they were openly told was a placebo (inactive placebo). The design was a “crossover”, meaning that half of the patients started with active, while the other half started with inactive, before they, after a 3 days pause (washout), were switched over to the “other” pill. Depression severity was assessed before and after each week period with the Quick Inventory of Depressive Symptomatology–Self-Report (QIDS-SR16).

At the end of each week of placebo treatment, they also underwent a Positron Emission Tomography (PET) scan, where endogenous MOR release was assessed. During the PET scan, patients also underwent an “acute placebo” with an intravenous (IV) injection (1ml) with 0.9% isotonic saline (every 4 min over 20 min), which is essentially a placebo. This was done at the end of “the active placebo” week, but not after “the inactive placebo”. Patients’ Impression of Severity (PIDS scale) – a single question (“From 0 to 100, how depressed do you feel now?”) – was asked after the “acute placebo” session.

Hence, there are two placebo effects to be looked at:

The same patients subsequently underwent a 10-week treatment with an SSRI antidepressant (in most cases citalopram), in which depressive symptoms were assessed with QIDS every other week. 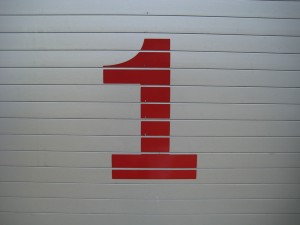 The editorial of this paper suggests it’s the first-ever pilot randomised clinical trial of open-label placebo in adult outpatients with a primary diagnosis of non-psychotic major depressive disorder.

Baseline MOR activation in the Nucleus Accumbens (NAc) correlated with baseline QIDS (before starting the study) and predicted the magnitude of symptom improvement after 10 weeks of antidepressant treatment. However, there was no relationship between baseline MOR activation and (acute or sustained) placebo effects. 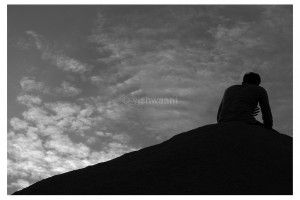 These findings support the view that open-label placebos are a possible first-line treatment for depression.

There are at least two innovations of this paper that should be highlighted:

One possibility for the strong link between response to placebo and response to antidepressants is that the same placebo mechanisms, which are responsible for a large part of the symptom improvement, are involved in both phases. As the authors point out, however, it is also possible that the placebo effects interact, in a non-additive way, with antidepressant responses, perhaps with synergistic effects of placebo-induced MOR activation and drug-induced aminergic effects, which has also previously been suggested (Enck et al. 2013).

This has implications for RCTs, where it is generally assumed that the placebo effect is the same in both placebo and treatment arms, and that the effect in the placebo arm can simply be subtracted from the effect in the treatment arm. Furthermore, if endogenous placebo effects interacts with drug effects, initial screening for placebo responders in order to exclude them from further testing, which is a common practice in RCTs, might give a skewed picture of the how the drug might work in clinical practice.

There is an increasing push for “precision medicine” in medicine in general, and in psychopharmacological treatments in particular, due to the often-large variability in how well a given treatment works across individuals (see the precision medicine links below). It is therefore noteworthy that, not only did MOR activation accurately predict antidepressant responses (43% of variance explained), but simple (and very inexpensive) self-reports of placebo effects were equally accurate (46% of variance explained). Combined however, they predicted 57% of the variance, indicating that, although they largely overlap, each of them seem to explain some unique variance.

There are many strengths of the study. Study design is generally very well controlled. A unique feature of the study is that it relates molecular and self-reported placebo responses to antidepressant responses within the same individuals. Moreover, the ability to compare two types of placebo effects: acute and sustained (which is mimicking the actual drug administration), is an important strength of the study. This is particularly relevant to the treatment of depression, where the time between onset antidepressant medication and symptom improvement is varying, and the neurobiological mechanisms whereby symptoms are improved are largely unknown.

One potential limitation is that the investigators were not blinded to the assignment to active and inactive conditions. This is however a relatively common practice in many placebo studies, but something that can potentially influence results. For example, some studies have found that investigators’ own expectations can (mostly non-deliberately) tilt results towards the expected direction (Graceley et al. 1985).

Another potential issue is that patients are dichotomously divided into two subgroups “placebo responders” and “placebo nonresponders” for some of the analyses, based on a certain cut-off point (patients’ original placebo responses are graded, and don’t naturally fall into either category). Although it is not unusual to do this, from a statistical standpoint it is often recommended not to reduce “rich data”, such as the individual magnitude of placebo response, to dichotomous responder/nonresponder subgroups (Royston et al. 2006). In principle however, one would not expect dramatically different results one way or the other. 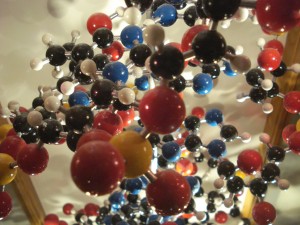 This study relates molecular and self-reported placebo responses to antidepressant responses within the same individuals.

Kirsch I. et al (2008) Initial severity and antidepressant benefits: a meta-analysis of data submitted to the Food and Drug Administration. PLoS Med 5.2: e45.