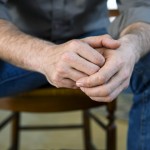 Antidepressant treatment is associated with a variety of side effects, including emotional changes, weight gain or fatigue. As pharmaceutical treatment has evolved, clinicians have become increasingly aware of another major adverse effect of modern antidepressants: sexual dysfunction.

Current figures estimate that up to every second patient will, at some stage, experience reduced sexual function, which is likely to lead to significant patient strain. However, there is still insufficient knowledge about which drug compares most favourably in terms of sexual side effects, leaving clinicians without coherent prescription guidelines. A recent review by Reichenpfader et al. (2013) aims to close this gap.

The authors screened common medical databases for randomised controlled trials (RCTs) where second-generation antidepressants (including SSRIs like fluoxetine, but also atypical compounds like bupropion or mirtazapine) were used to treat major depression for at least 6 weeks. In total, 37 RCTs and five observational studies with more than 26,000 patients met the inclusion criteria. When it came to sexual side-effects, this review found it hard to differentiate between the included drugs

Based on the findings of this review using data from RCTs and observational studies on adverse events and second-generation antidepressant drugs, the comparative risk of sexual dysfunction associated with a specific antidepressant cannot be precisely determined.

There are a few limitations that affect this meta-analysis: Comorbidities such as alcohol abuse were not taken into account

This meta-analysis suggests that, in spite of sub-optimal data quality, the likelihood of sexual side effects is an important issue when initiating antidepressant treatment. Crucially, clinicians should be aware of some differences between compounds and raise these issues to patients. 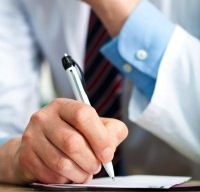