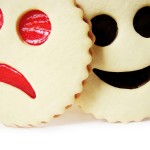 For people who are suffering from a severe depression, antidepressants are a very effective treatment, but how they work is still not fully understood.  The basic biochemistry of how one dose of the drug affects one part of the nervous system is known, e.g. increasing serotonin levels at the synapse by preventing it from being recycled into the neurons (SSRIs), but this is a far too simplistic account of what will be happening in the brain in order for these drugs to be effective.  Neuroimaging offers another way to try and understand the effects of these drugs on how the brain functions at a wider level.

People who are depressed have difficulties with a number of different neuropsychological tests looking at negative and positive emotions.  During a depressive episode, on average, people:

When people recover from depression these biases in their emotional processing improve a lot.  Previous studies have suggested that changes in the emotion processing areas in the brain underlie this improvement (no matter what treatment is offered). The world can look very different when we are depressed, as we process negative and positive stimuli quite differently compared to when we are well

To work out how antidepressants might be affecting the neural circuits that underlie emotional processing a researcher from Baltimore performed a meta-analysis of studies where people did an emotional processing task during an MRI scan.   We have discussed meta-analyses of functional MRI studies before and there are real technical challenges combining lots of different studies using different scanners and analysis methods.  Over the last couple of years most people have converged on using one technique (www.brainmap.org/ale) and this new study uses it.

A literature search found studies looking at two types of antidepressants: SSRIs (e.g. fluoxetine) and SNRIs (e.g. venlafaxine).  Only studies that directly looked at the difference between taking antidepressants and not were included, i.e. studies where:

Both healthy people and people experiencing depression were included to see if there are differences in how antidepressants affect their brains.

Sixty studies were included with 1,569 participants.  The tasks that people performed in the scanner were broadly similar: emotional stimuli were presented to them in various different ways.

Brain imaging studies do a lot of statistical comparisons.  The problem with this is that if you stick to p=0.05 for accepting/rejecting each test then you would expect 1 in 20 tiny areas of the brain to be ‘significant’ even if none of them are actually true (false positives).  This study took account of this by setting acceptable error rate by using a method called the false discovery rate.  This reduces the significance level of each individual test so that overall the chance of a positive finding for the whole brain not being really true (false positive rate) remains at the standard 1 in 20, or p<0.05.

In people who are suffering from depression, taking antidepressants regularly:

Figure one shows the details of where these changes took place, but in summary, areas of the brain long know to respond to emotional stimuli were affected. One dose (usually very high) of antidepressant had a different effect: The road to recovery can be long. People need time and space to make sustained changes in their lives

Last reply was January 25, 2015
Try out our members features!