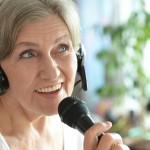 With the coming of the Care Act, providing preventative care, delaying either the need for services or a deterioration of health or wellbeing which may require crisis care, is now a statutory duty.

However, as fellow elf Robin Miller at the University of Birmingham has recently highlighted (Miller & Whitehead, 2015), this can be seen as a challenge for commissioners and providers as there is a limited evidence base to provide guidance on how to do this as well as on the social, emotional and economic benefits preventative adult social care can provide. At the same time there is, of course, a real need to decrease costs and find alternative ways to support people, particularly older people.

In the face of a scarce research base, it is good then to find journals publishing studies that look at the benefits of services characterised as preventative, such as this study of a community-based singing programme, the Golden Oldies (now known as Goldies), which involves hour-long sessions where older people come together to sing songs, led by paid session leaders. In this blog, I take a close look at a study on this intervention. 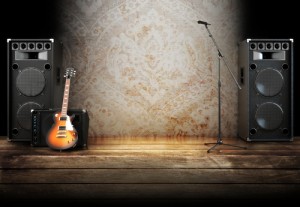 The Golden Oldies is a community-based singing programme, which involves hour-long sessions with older people

The study combined survey research, a questionnaire incorporating 17 questions, with in-depth interviews with 5 participants, which used a semi-structured format, based around 14 questions.

The questionnaire was completed by 120 participants who attended one of 20 locations of Golden Oldies groups across the south-west of England. Session leaders invited people to complete the survey at the end of a session, after reading out a consent form.

Fifteen of the questions, which were taken from 3 validated tools, (Michalos & Kahlke, 2010) were designed to find out how the participants perceived the benefits of the session in terms of their health, self-development and social connectedness. They were all rated using a Likert 5 point scale. Two further questions asked the participants to rate their overall health prior to attending the Golden Oldie sessions, and then finally to rate their overall health at the time of the questionnaire. Again, this was done using a 5 point scale.

The interviews took place either in their homes or the community centre where they attended a Golden Oldies session.

The questionnaire revealed very positive answers. In terms of questions relating to wellbeing, the majority (over 90%) of participants either agreed or strongly agreed that the sessions were positive influences and:

For the questions relating to learning, either self-learning or sharing with others, participants either agreed or strongly agreed that the sessions helped them:

Finally, with regards to the questions about community relations, once again the majority of participants either agreed or strongly agreed that the sessions

When participants were asked to rate their health prior to the sessions, 31% reported that their overall health was poor or fair. When rating their health at the time of completing the questionnaire, 10% then rated it poor or fair. The researchers calculated that the mean rating of overall health prior to the sessions was 2.97 (classed as good health), compared with 3.46 at the time of the questionnaire (good to very good). 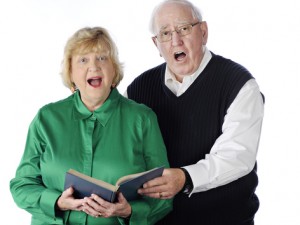 Of the four women and one man interviewed, the main themes that emerged from their discussions were that Golden Oldies:

The quality and expansion of social contacts, the positive experience of meeting people from across the city was emphasised by participants, as was that the main reason for attending – because ‘you make friends’ – the act of singing being secondary to this. This was crucial for one participant who had recently moved home in unfortunate circumstances but got to know more of their neighbours through Golden Oldies ‘because they come’.

Several participants described how the sessions helped them to deal with the effects of past ‘tough times’ such as health problems, family difficulties or close bereavements which resulted in social isolation. The sessions enabled them, one participant said, to forget ‘all about my worries and troubles’ while another remarked that her GP had remarked on a completely changed attitude stating that ‘singing actually makes you feel better… Golden Oldies is good medicine’. One participant discussed that they felt the sessions had helped put a stop to suicidal feelings.

The idea that sessions provided a ‘new lease of life’ was a repeated one across the interviews, either in connection to feeling youthful, to going from feeling 80 years old to feeling ’21 and a bit’ after a session of singing. One participant, who described herself as a ‘drunkard’ linked her ability to give up drinking to both her son getting rid of all alcohol in the house and attending the sessions, which was very important to her.

The results provide evidence of the preventative nature of the Golden Oldies programme through self-reported improvements in health and social relationships where social connections appeared to be the important thread that contributed to the perceived benefits. 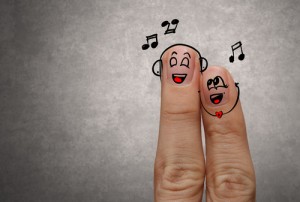 As the authors admit, this study provides a subjective insight into how a particular group of people has perceived the benefits of a particular community-arts programme. Its results cannot be generalised even to the whole of the Golden Oldies population even as a result.

While the authors provide details of the statistical t-test they conducted to show that the difference in self-reported overall health ratings was statistically significant, it does not change the fact that these were self-ratings and that more objective measures of health and wellbeing were not used.

The use of a self-selecting convenience sample, whereby only those willing and able took part mean that the study was always going to be more likely to show positive results. It is not a surprise either that in interviews a strong theme on improving the quantity and quality of social connections emerged, given the questions included in the interview schedule and the questionnaire. It is perhaps more surprising that the singing itself appeared to be a secondary concern!

That the authors never make any conclusions that are not related to perception and subjective experience is in their favour, combined with the use of questions from validated tools, and a mixed method approach, which added much needed qualitative detail to the survey results.

Despite these limitations, this particular research study could still help other commissioners, practitioners or community groups to assess whether services like the now-named ‘Goldies’ are a good idea, in terms of what they can help people in their local area to achieve, and also whether they are a good investment.

The participants of this research in their overwhelmingly positive responses to the questionnaire, the self-reported health ratings and the interviews do provide a glimpse of how this service has helped individuals, particularly in terms of tackling social isolation, improving wellbeing or building social connections.

In a time of austerity, commissioners and funders may be seeking research which explores cost effectiveness, cost benefits or show a decrease in hospital admission figures. However, council members often respond very strongly to personal stories and to qualitative studies which locate preventative work in the experience of the people they are working to support.

In response to this need for a broad evidence base on prevention, SCIE’s Prevention Library includes examples of emerging practice, of local services at different stages of collecting data to demonstrate impact and outcomes.

The authors of this study quite rightly call for more investment in quasi- and pure experimental studies on prevention or research using more objective measures and this is happening all the time. That doesn’t mean though that we don’t also need to hear how a community singing group has made someone feel young again. 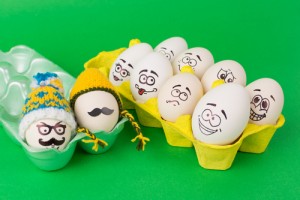 Miller, R. & Whitehead, C. (2015)  Inside out and down: Community based approaches to social care prevention in a time of austerity, Birmingham: IEWM. [Full Text]