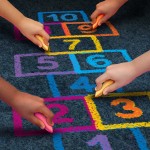 Community development is about ‘working with people in communities to achieve greater levels of social justice.’ (Gilchrist and Taylor, 2011: 9). According to Chanan and Miller (2011) it is a broad practice. Generally, community development aims to empower communities (geographical, interest and identity) and support individuals and groups to engage with organisations and vice versa. This is through capacity building work with people in communities and those who work in public, private and voluntary and community sector organisations (Communities and Local Government, 2006). It is centred on core values and principles which include social inclusion, equality and respect for diversity (Gilchrist, 2009).

The links between community development and networking have been well-documented, notably by Gilchrist (2009) whose work is cited in the paper by Ennis and West (2014). Their article aims to:

explore the application of a network approach within the context of a community development project in suburban Northern Australia which aimed to develop positive connections across different cultural groups.

The paper reports on research undertaken as part of a doctoral study in Northern Australia between 2009 and 2010. The research is focused on Ludmilla, a suburb of Darwin, Australia where one of the authors, Ennis lived. Ennis, a Social Worker, was involved in the setting up of a volunteer-based community group (Ludmilla Neighbourhood Connections – LNC) that began in 2007 within the suburb. Within Ludmilla, there is another area, Bagot, that has a large Aborginal community and is ‘socially, physically and structurally separated’ from Ludmilla.

The central focus of the article is the impacts of an umbrella body on the community and organisations. Umbrella bodies are intermediary bodies that are established by individuals and organisations to coordinate activities, achieve common objectives or share resources. 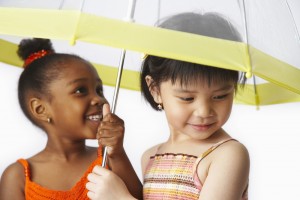 The central focus of the article is the impacts of an umbrella body on the community and organisations.

The research considered in this paper is part of a large doctoral study about networking and building communities, and only the details of the smaller case study are provided.

Central to the methodology, is the use of social network analysis and thematic content analysis as applied to a case study. While ethnography as a methodology is not mentioned in the methods section explicitly, the study used observation. Ennis was a participant observer in the study and the authors recognise that this may have limitations due to her insider status.

The findings are considered in terms of network analysis using ‘affiliation network’ which concerns relationships between individuals and organisations, in the context of linking social capital (Putnam, 2000).

Diagrams are provided which show the connections between LNC members and organisations, including a university, schools, the council and a church. The thematic analysis explored email feedback and telephone discussions, and utilised NVivo analysis software.

The creative role played by LNC was welcomed, and a DVD was produced about the neighbourhood and its aspirations. Community members felt motivated as a result of their involvement in the network to develop projects, including historical projects centred on the divide that existed between Aboriginal and non-Aboriginal people in the suburb.

However, there was some lack of understanding about the role of LNC, and questions about the value of being involved in the umbrella body. The LNC facilitator (Ennis, one of the authors) played a central role in sustaining the activities of the network. Her role was funded by an academic scholarship and some grants, all short-term, and hence there was a reliance on volunteer hours. 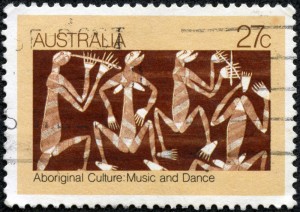 Community members felt motivated by network projects, including historical projects between Aboriginal and non-Aboriginal people in the suburb.

The paper concludes that an umbrella body can be important in network based community development and enables valuable links to be made between organisations and neighbourhoods.

Some of the limitations are outlined by the authors, notably the lack of evidence for changes in the community, and the potential subjective nature of the researcher. The research builds on work by my former colleague, Alison Gilchrist (2009) about the value of community work using a networking approach.

While the study took place in Australia, there are some relevant points for a UK context. Multi-sector working with communities continues to endure as part of UK policy, and community pervades previous and current policy (Hancock et al., 2012). 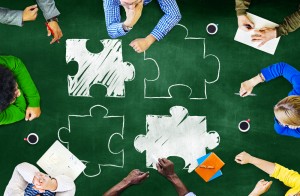 Umbrella bodies can be important for community development and enables valuable links to be made between organisations and neighbourhoods.

The current coalition government has funded a Community Organiser programme which aimed to train 5,000 community organisers ‘to solve problems, drawing on ideas of social capital’ (Fisher et al., 2014: 15). However, Fisher et al., (forthcoming) suggest that the Big Society community organising model may privilege individual concerns at the expense of wider projects centred on social justice that work collectively with organisations.

As the authors state, there is limited academic discussion of the role of umbrella bodies and social work practice. This paper contributes to this gap.

The paper will be of interest to those working in and with communities and involved in co-production of care. If you would like to read further on community development and network analysis, have a look at this Canadian paper in the Community Development Journal which has many similarities – Abel, M. and Gillsepie, J. (2015) ‘Network analysis in co-productive research with a multi-sector community collaboration.’