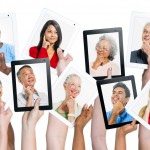 Social inclusion is at the heart of UK policy for disabled and disadvantaged people. The right to inclusion is one of the underpinning rights set out in the 2001 White Paper ‘Valuing People’.

As a concept in the research literature though, it suffers from a lack of clear definition. O’Brien identified community participation as one of the five service accomplishments, but it is not clear whether participation equals inclusion, and indeed how to measure that inclusion, both in objective ways and in relation to the subjective experiences of those involved.

This Australian paper set out to look at the experiences of some mentors for older people with learning disabilities and to get their perspectives on the experience of helping some people get involved in community groups.

The authors of the paper define social inclusion as ‘the opportunity to participate in learning and occupation, to engage with others, and to have a voice.’

As a result of a review of the literature, the researchers concluded that unpaid supports provided as part of the host setting, can be an effective way to help people with learning disabilities to be included However, whilst there may be a good deal of willingness amongst people in community groups to get people with learning disabilities involved, it may well be that they have limited knowledge about how to support someone and so this study was carried out in the context of a project to identify and support community group members to become mentors for people who were moving from sheltered employment settings to local mainstream community or volunteer groups of their choice.

What the researchers did was to use semi structured interviews with 14 Mentors to address three areas:

The mentors to be interviewed were selected in a way to ensure that there was a range of community group types, mentors, ages, roles, and gender represented in the sample.

Each of the interviews lasted between 30 and 60 minutes and most were individual meetings, although there were also two groups, one of two and one of three mentors, which were held at the request of the mentors themselves.

Having transcribed the interviews, the researchers were then able to identify themes using the constant comparative approach and over several
meetings, agree a final conceptual framework.

What they found was that there was one overarching concept that emerged from the analysis of the themes which they termed ‘No Different From Us’, which was illustrated by a number of responses and suggested that that disability was not in fact a point of difference identified by the mentors.

This seemed to add weight to the idea that using and then ‘fading out’ expert support is helps the inclusive involvement of people who would otherwise be entirely supported by disability organisations.

There were three sub-themes of ‘No Different From Us’: 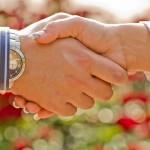 One interesting finding was the concept of reciprocity which came through in many of the mentors’ responses whereby many mentors felt that the opportunity to be common participants in a community activity, with a shared interest helped to bind the group where everyone, irrespective of disability, had something to offer and something to learn

The mentors had positive views about the training and felt that the way the researchers acted as prompters gave them a good insights.

This is an interesting look at the role of mentors in enabling people with learning disabilities to become active members of community groups. The mentors clearly had a pivotal role in helping people to understand the ‘unwritten rules’ of the group as well as develop knowledge and skills around the activities of the group.

The mentors were able to act as a connector and help to manage any difficult dynamics that might have existed when the person with a learning disability first joined the group.

The researchers point out that some members of the group had expressed their reluctance to become mentors, but this was not picked up in the interviews, although they did interview mentors where the person with a learning disability had stopped going so views came from a variety of groups, not just where the social inclusion goals were achieved. However, the authors point out that whilst they have tried to remain objective, it may be that their view of the project was coloured by their interest in promoting what they saw as a very successful outcome.

It also appears that the mentors interviewed for this project possessed many personal attributes and skills that helped them to fulfil their role. The Active Mentoring training was also key in the success according to the feedback from the mentors in the project.

However, despite the limitations, this study identifies some useful learning about the perspectives of mentors in enabling people with learning disabilities to successfully join and become involved and included in, community based groups.

The authors suggest that their findings add weight to the view that:
“using mentors as natural supports is fundamental to achieving social inclusion.”