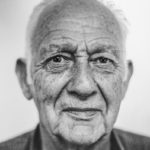 Despite the welcome recognition by research funders of the importance of patient and public involvement ( or ‘PPI’), and research linking it with benefits both to the research and to the people involved, much less is known about the impact of involving older people.

In this blog, I consider a systematic review conducted by a team of researchers from New Zealand (Baldwin et al., 2018), to identify the specific benefits and challenges of involving older people in health and social care research. They aimed to look for impacts on:

They also aimed to identify what makes involvement work well, and point to the best ways to encourage involvement of older people.

Throughout this blog, I present a summary and my critical appraisal of the research methods and findings, drawing on my unique perspective as Education and Training Manager for the EQUATOR Network, an international organization dedicated to enhancing the quality and transparency of healthcare research. 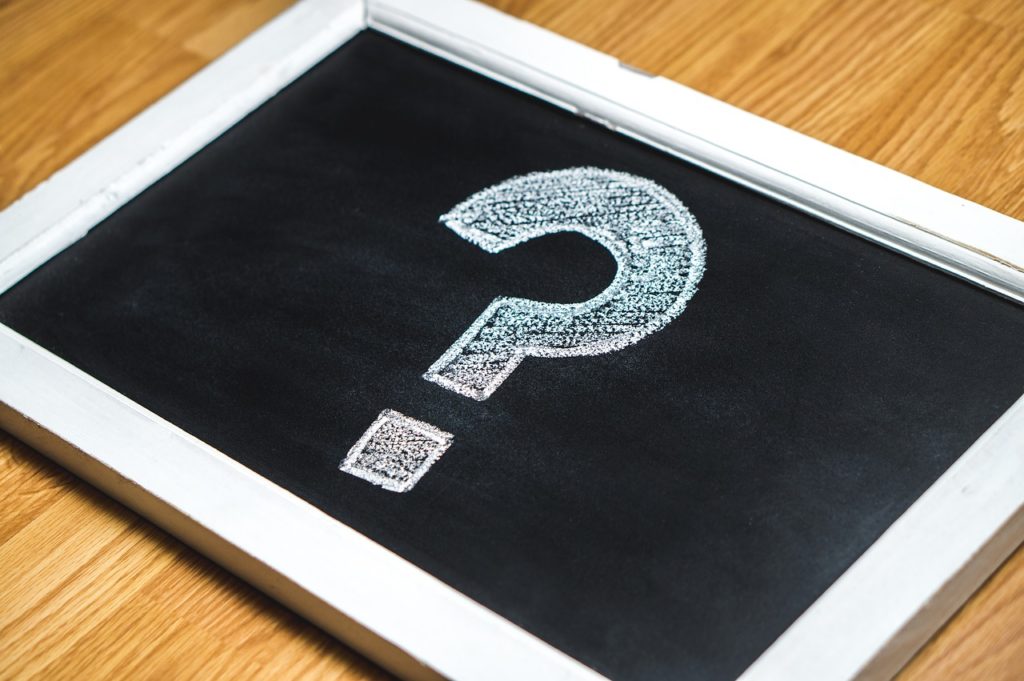 Baldwin and colleagues decided, rather to my dismay, that they would take the broad definition of older people adopted by “some community groups” in the literature; recruiting co-researchers over 50. I won’t be rushing to join any of those particular community groups any time soon. #justsaying.

Baldwin and colleagues undertook a comprehensive literature search and screened the results for articles which reported a formal evaluation of the impact of the involvement of older co-researchers. They only looked at studies in English. They decided to exclude studies which looked at involvement of people in care homes because there had been a systematic review in 2016 which hadn’t found much. I think this was an odd decision as firstly, it would be good to repeat the 2016 analysis to ensure that the previous reviewers had included all the available evidence, and secondly, to check if any more studies had been published in the meantime.

They extracted data and then grouped the findings into key themes, in consultation with two members of the Auckland University’s Active Ageing patient advisory group who had supported the study.

After screening they were left with nine studies which were all qualitative evaluations of involvement. Three of these were performed by external evaluators.

In short, there were no formal or quantitative evaluations of the impact of involvement of older people in experimental studies such as clinical trials, quantitative observational research, or systematic reviews.

In the table below, I’ve picked out some of the main benefits and challenges for the older co-researchers, the academics, and the impact on the processes and outcomes of the research that Baldwin and colleagues (2018) identified in their paper.

Table: Some of the benefits and challenges of involving older people in health and social care research, identified by Baldwin and colleagues (2018)

The authors identified three critical factors which contributed most to positive impacts:

The most depressing “challenge” to the outcomes of the research, which rather jumped out at me, was the unwillingness of audiences to listen to co-researchers’ presentations. This happened in two of nine studies. Charming.

The researchers concluded that when involving older people in research:

“…benefits appear to outweigh the challenges.”

Could they really have come to any other conclusion?  Patient and public involvement in research is a matter of ethics, not something to be endlessly evaluated and done only if the benefits outweigh the challenges. 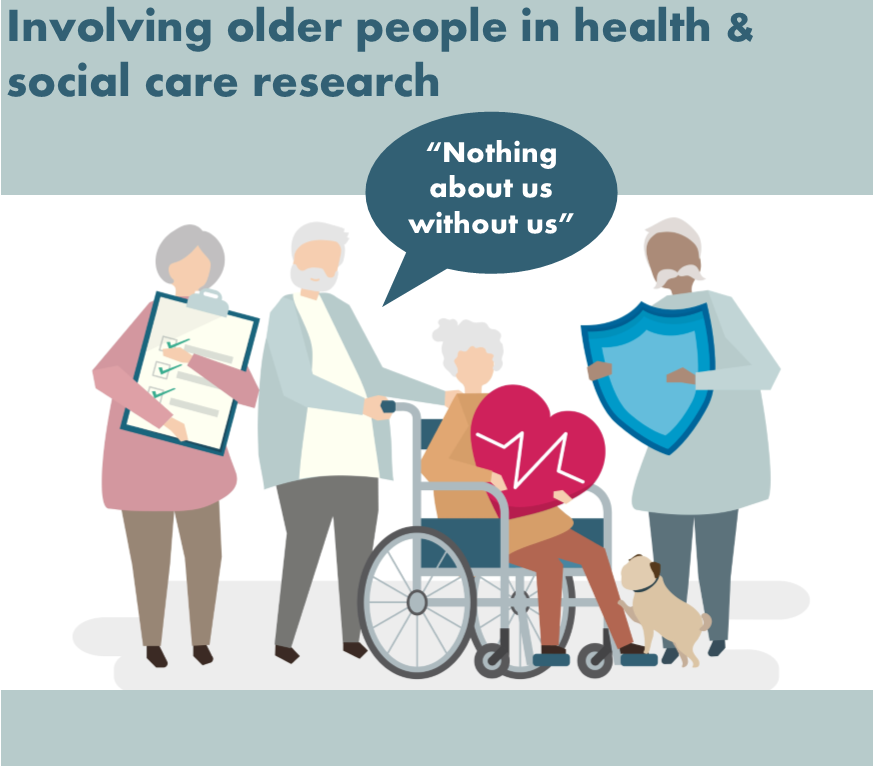 “Patient and public involvement in research is a matter of ethics, not something to be endlessly evaluated and done only if the benefits outweigh the challenges” – Caroline Struthers.

There was no comparison with the findings of reviews looking at the impact of involvement of younger people, or where the groups were from a broader age range. It would have been helpful to see similarities and differences in the positive and negative impacts observed.

The authors also decided to exclude studies where there was no formal evaluation, out of concern that reflections on involvement from academic researchers only, would be biased although they acknowledge that these can often provide valuable insights.

Baldwin and colleagues’ take home message for those wanting to involve older people in their research is to ensure older co-researchers’ skills and motivation are matched to the project and the level of involvement required. This is hardly the most practical advice, and I imagine would be the same for any age of co-researcher. They also ask researchers to ensure that evaluation is embedded throughout, although exactly what they mean by this is not clear.

Of course it is essential to measure the impact of involvement, although embedding a formal evaluation every time might be a bit over the top. There were only nine studies that did this, and I they were all qualitative evaluations of involvement in mainly qualitative studies. As patient and public involvement is something pretty much mandated by all major funders for all types of research, I can see greater advantage of encouraging researchers to report in detail the methods they used to involve people, and involve the co-researchers in the reporting: they were there too!  As I mentioned earlier, the information needed is helpfully laid out in the GRIPP2 reporting guidelines (Staniszewska et al., 2017).  Patient and public involvement in research studies is currently poorly reported. If methods of involvement are poorly reported, it doesn’t really matter what the results of impact evaluations are, as you can’t replicate the methods which have a positive impact or avoid the methods that don’t.

For information on involving patient and public in health and social care research, see the National Institute for Health Research (NIHR) INVOLVE website.

For guidelines on reporting patient and public involvement in research, as well as other robust reporting guidelines to promote accuracy and transparency, see the Equator Network website. 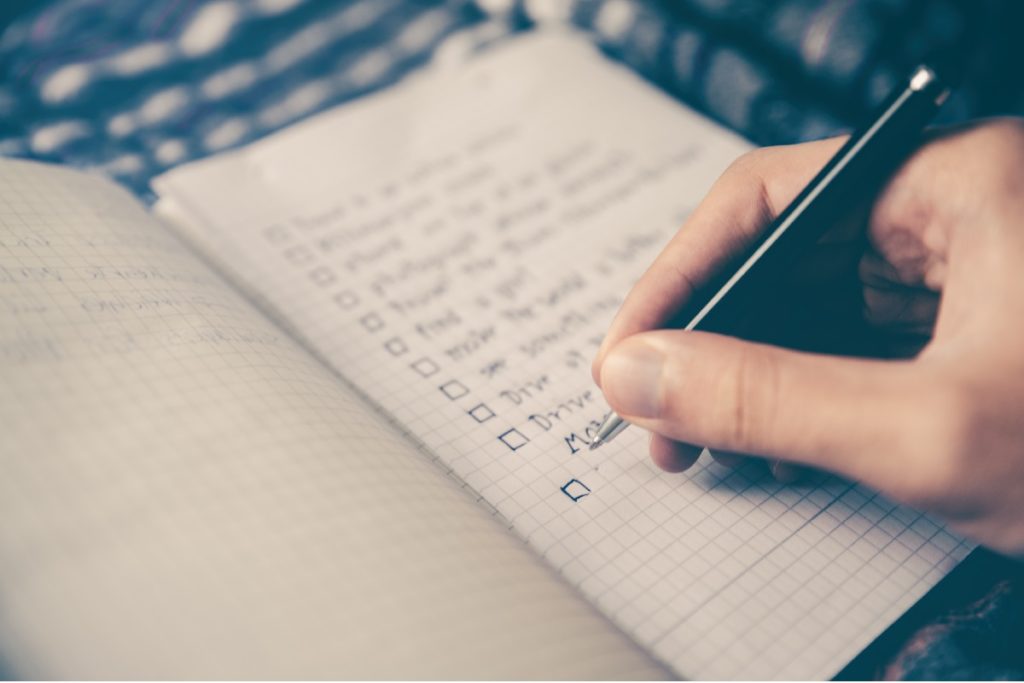 The GRIPP2 reporting checklist helpfully lays out information needed to report on the methods used to involve patients and public in health and social care research, allowing successes to be shared and replicated.

Last reply was November 26, 2018
Try out our members features!