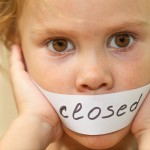 Unfortunately dental caries remains a significant problem in children with some young children requiring multiple procedures. Traditionally this was managed with general anesthesia, increasingly sedation and behaviour management are seen as potential alternative approaches and a 2010 guideline from the National Institute for Health and Clinical Excellence (NICE) suggested that midazolam could be used for children requiring dental procedures.  The aim of this review by Papineni et al was to evaluate the side effects and any other adverse outcomes following use of oral midazolam for behaviour management in paediatric dentistry.

Searches were conducted in Medline, Embase, reference books regulatory authorities and the journals; International Journal of Paediatric Dentistry, Pediatric Dentistry, Journal of American Dental Association, Anesthesia Progress. Reference lists of identified studies were searched. There were no restrictions on language. Studies on children and adolescents up to the age of 18 were included that involved the administration of Oral midazolam by a dentist, anaesthetist, sedationist or dental auxiliary in an outpatient setting or dental office. Studies involving the use of oral midazolam as a premedication or that reported induction of deep sedation was excluded.

Significant side effects associated with oral midazolam usage for behaviour management in children and adolescents requiring dental treatment appear to be rare. Minor side effects are more common but determining precise figures is complicated by poor reporting.

As the authors note a Cochrane review conducted by Lourenço-Matharu et al , updated in 2012  has looked at the efficacy and relative efficacy of conscious sedation agents and dosages for behaviour management in paediatric dentistry. They included 36 studies (2810 participants) many of which were at high risk of bias and concluded that:-

There is some weak evidence that oral midazolam is an effective sedative agent for children undergoing dental treatment. There is very weak evidence that nitrous oxide inhalation may also be effective. There is a need for further well-designed and well-reported clinical trials to evaluate other potential sedation agents. Further recommendations for future research are described and it is suggested that future trials evaluate experimental regimens in comparison with oral midazolam or inhaled nitrous oxide.

In addition to the 2012 NICE guidance on sedation for children there are number of specific dental guidelines available from  SDCEP (Scottish Dental Clinical Effectiveness Programme 2012) and the Royal College of Surgeons of England ( Davies et al 2008). As the authors also highlight the recording of adverse events was not robust so some consideration must be given to the fact that there may have been under recording of the level of minor side effects.

Last reply was October 13, 2014
Try out our members features!