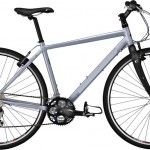 This Taiwanese study set out to look at the effects of a strength and agility training programme for a group of adolescents with Down syndrome.

The researchers randomly allocated 92 young people with Down syndrome into to two groups, one an intervention group, the other a control group. The training programme consisted of a 5 minute treadmill exercise and a 20 minute ‘virtual-reality’ based activity three times a week for 6 weeks. The researchers took a number of measurements of muscle strength and agility performance before and after the introduction of the programme.

What they found was that those in the exercise intervention group had significant improvements in agility and muscle strength of all muscle group in comparison to those in the control group at the end of the six week progamme. They found the greatest gains in knee muscle groups.

These resuts are clearly short term gains, and the researchers in this study did not carry out any longer term follow up to look at any impact on lifestyle, but they are able to conclude that the short-term exercise training programme was able to improve muscle strength and agility performance of adolescents with Down syndrome.

Strength and agility training in adolescents with Down syndrome: A randomized controlled trial, Hsiu-Ching Lin,  & Yee-Pay Wuang in Research in Developmental Disabilities, 33, 6, 2236–2244