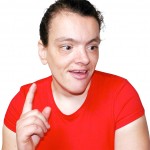 Antipsychotic medication is widely used to treat behavioural problems in people with learning disabilities. A Cochrane review of the use of these medications for this purpose found very few randomised controlled trials (a method of clinical research in which people are allocated at random to receive a clinical intervention, a placebo, or no intervention at all) which provided no evidence of whether such medications helped or harmed adults with learning disabilities and challenging behaviours.

This review set out to establish the frequency and characteristics of people with learning disabilites included in randomised controlled trials (RCTs) on antipsychotic use for behavioural problems.

They found that in 13 of the trials, there was no clear definition of learning disabilities used making it difficult to be clear of the exact nature of the patient group, and also that many different  outcome measures were used  when assessing behavioural problems and the subsequent impact of the medications.

The authors suggest that the studies they found in the review in which people with learning disabilities participated were of sufficient quality, but were small in size, perhaps limiting their power and the fact that it was not possible to accurately identify the characteristic of those who took part and the variety of outcome measures make meta-analyses difficult.

Representation of people with intellectual disabilities in randomised controlled trials on antipsychotic treatment for behavioural problems, Scheifes, A  et al., in Journal of Intellectual Disability Research, 55: 650–664