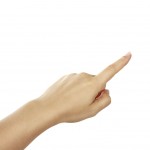 A group of researchers conducted a population-based randomised trial over two years designed to test the efficacy of a multi-domain intervention in preventing or slowing cognitive decline in a group of older adults judged to be at risk of developing dementia.

The study – The Finnish Geriatric Intervention Study to Prevent Cognitive Impairment and Disability (FINGER) was conducted in six centres in Finland.

Aside from the rather puerile amusement the study acronym may cause in some native English speakers, I imagine it might also cause havoc with electronic literature searches. Anyway, the results of this “proof of concept” trial were reported in The Lancet. (Ngandu et al 2015) 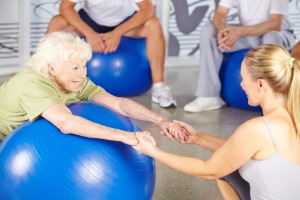 This Finnish RCT tested exercise, diet, cognitive stimulation and vascular risk modification interventions on a group of women who had an increased risk of developing dementia.

The researchers recruited 1,260 participants between 60-77 years old, deemed at higher risk of developing dementia than the general population of the same age. Potential participants were screened and selected for the study if they scored relatively highly on a scale of cardiovascular risk and had average or slightly below average mean scores on a battery of cognitive tests. Inexplicably, the researchers fail to report anywhere in the main text of the article that all the participants were women. I just happened to notice this in the table of baseline characteristics. I don’t think it’s enough to report, as they do, that baseline population characteristics have been published previously. This tiny detail of omission in the report may not make any difference to the validity and applicability of trial results but it immediately makes me suspicious and irritated.

The selected participants were then randomised to the intervention (n=631) or control group (n=629):

Another aspect of the trial reporting which I take slight issue with, is the description of it as double-blind. Group allocation was not actively disclosed to the participants and they were discouraged from talking to participants in other groups. However, I don’t really see how this could be seen as effective blinding as most people would be able to tell the difference between receiving general health advice and having a two year intensive multi-domain intervention. So to my mind, this is a single-blind trial, as only the outcome assessors could be properly blinded.

The intervention was delivered in four components:

Outcomes were measured at 12 and 24 months from baseline. 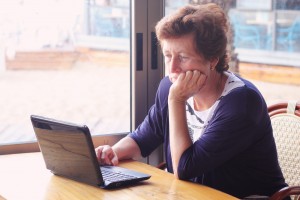 The intervention included lots of opportunities for face-to-face social interaction, plus a web-based training programme.

…a significant beneficial effect of the intervention for the primary outcome.

Another quibble I have is that the researchers used a “modified” intention to treat analysis to estimate the efficacy in the primary outcome. This meant that they analysed only the 1,190 people (70 fewer than were randomised) who had at least one post-baseline observation. Again, I find this a bit irritating and may make future pooled analysis of the results of this trial with other similar research that much more difficult. I am in no way an expert, but my view is, if you are doing intention to treat analysis, just do it. Simple as.

The researchers describe the intervention as feasible and safe. Yes, it was demonstrated to be feasible in this trial as there were relatively few drop outs. There is also no mention of its cost which I imagine is considerable. I doubt very much if this type of intensive intervention could ever be widely applied or adopted by the NHS for example.

So having built and tested a multimodal model in response to the lack of success of single domain interventions, the researchers conclude that:

the multimodal intervention model needs to be investigated further particularly with regard to the contribution of each component to the overall effect.

I call for researchers to crack on now, using the results of this and other single-domain prevention trials to identify and rigorously test more pragmatic combinations of components which are simple to administer, flexible, and above all cheap. Only then will we have a hope of intervening effectively to prevent or delay dementia in vulnerable populations. 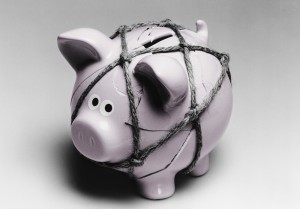 The trial does not mention the cost of the intensive intervention, which is likely to be prohibitively expensive for the NHS.