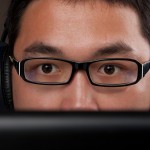 Computerised cognitive behavioural therapy is a popular topic for research at the moment. We’ve seen a number of systematic reviews and large scale trials published over recent years, but the vast majority focus on adults with depression, so it’s hard to know how applicable the results are to adolescents.

Of course, most young people are very IT savvy these days and with rates of depression high in teenagers it would seem sensible to explore whether self-help computer programs are a clinically-effective and cost-effective approach.

This is exactly what a team from the University of Auckland have done. They have produced an online 3D fantasy game called SPARX (Smart, Positive, Active, Realistic, X-factor thoughts) that teaches skills to manage depression in a self-directed way. The program is based on CBT techniques such as dealing with negative thoughts, problem-solving, activity scheduling, and relaxation.

The researchers conducted a randomised controlled trial to compare the SPARX game to treatment as usual. They randomised 187 adolescents (from urban and rural populations in New Zealand) with depression and no major risk of self-harm to one of two treatments:

Patients were followed up for 3 months after the 2 month treatment period and the primary outcome (measured by the CDRS-R: children’s depression rating scale-revised) was a change in the severity of depression symptoms. Outcome assessors were blinded to treatment and an intention to treat analysis was carried out.

SPARX is a potential alternative to usual care for adolescents presenting with depressive symptoms in primary care settings and could be used to address some of the unmet demand for treatment.

These findings are very positive, especially given the high levels of self-reported adherence to treatment. One major weakness of the research is that there is no description of the counselling that was provided as usual care, so it’s not possible to know whether or not this was evidence-based treatment provided by suitably trained counsellors.

It is hoped that the SPARX game will be available on general release soon.