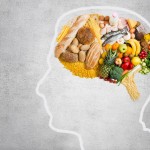 People with serious mental illness have mortality rates 2-3 times as high as the general population. The primary cause of death is cardiovascular disease, which in turn is due to an extremely high prevalence of obesity (twice that of the overall population). Physical inactivity, unhealthy diets, and weight gain from psychotropic medication are all factors that contribute to this.

Lifestyle interventions to modify diet and activity are therefore a key priority for this group. However, this population has previously largely been ignored in lifestyle-intervention trials, and it has been called into question whether they can benefit from behavioural interventions given that they often face problems with memory and executive function.

The NEJM published a study from Maryland which looked at the effectiveness of a behavioural weight-loss intervention for people with severe mental illness. People with serious mental illness are 2-3 times more likely to be obese or overweight than the general population.

The study was conducted as an RCT over a period of 18 months. Participants had to be adults and attend psychiatric rehabilitation programs tied to outpatient clinics. The authors excluded participants with medical contraindications for weight loss, those who had had a cardiovascular event in the previous six months, were unable to walk, or had current alcohol abuse or substance abuse issues. Out of 417 participants that were recruited, 291 were randomised into an intervention group (144 participants) and a control group (147 participants).

The intervention itself consisted of three components: individual weight management sessions, group weight management sessions, and group exercise classes. It was based on interventions that were shown to be effective in the general population, but was adapted to address the special needs of the population studied (memory and executive function problems) by breaking information into small chunks and repeating information.

The control group received standard nutrition and physical activity information at baseline. They were also offered quarterly health classes that had no weight-management-related content. Despite healthier meal options being available to all participants, the people in the intervention group lost significantly more weight.

The rehabilitation programmes routinely served breakfast and lunch to participants, so as part of the trial, the researchers advised the kitchen staff on offering healthier meals. This meant that the healthy options were available to both groups.

Data on participants’ height, weight and blood pressure, waist circumference and fasting blood chemical levels were collected by independent assessors at baseline as well as 6, 12 and 18 months. Data on sociodemographics, medications and diagnoses were collected from programme records and participant self-reports.

The primary outcome that the researchers studied was the change in weight from randomisation to 6 and 18 months respectively. They also analysed the percentage of weight change from baseline, the number of people who had lost at least 5% and 10% respectively, and the change in BMI (body mass index).

The researchers found that people in the intervention group kept losing weight over the 18-month period, and that they lost significantly more weight than the participants in the control group. They also found significant differences in the percentage of participants who had achieved certain weight loss “goals”. See the table below for a summary of results.

These results are similar to results achieved in lifestyle interventions in the general population. However, the pattern of weight loss was different: in trials in the general population, participants lost the most weight at 6 months and put weight on again afterwards, whereas in this trial, participants in the intervention group kept losing weight consistently over the 18-month period. I think that the results hold up to this interpretation. The most important feature of the trial is the setting – psychiatric rehabilitation programmes. Attendance at intervention and rehabilitation programme sessions declined in both groups over time, but even so the participants in the intervention group kept losing weight. Since individuals were randomised, there could have been cross-contamination between control and intervention groups, and healthy meal options were available to both intervention and control groups, but even taking this into account, the difference between the groups is significant.

I do wonder though how far these results are generalisable outside the structure of a rehabilitation programme, and whether there are true long-term effects. The authors also state that the trial wasn’t designed to detect the actual effects of reduced weight on cardiovascular risk factors, or to influence prescribing—in clinical practice, changing patients’ medications to something less likely to cause weight gain may be a viable option.