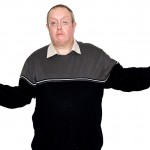 A few years ago, the older family carers initiative, run by the Foundation for People with Learning Disabilities published a series of reports and some excellent guidelines on providing support to help inform not only practitioners, but commissioners and of course older family carers themselves of their rights and the kind of support they could might receive.

The researchers in this study set out to look at how planning for the future care of people with learning disabilities living with older carers takes place. They worked in one region of the UK, and looked at what preferences older family carers might have for the ways in which support systems might make such future plans.

Using a mixed methods design, they first used a structured questionnaire to collate information on the health, caregiving demands and future planning preferences of 112 parent and sibling carers; aged from 60–94.

What they found was that more than half the carers in the sample were lone carers. Most of the carers were female, and many reported a wide range of health problems. A third reported high levels of anxiety as a result of their caregiving responsibilities.

With regards to the preferences of older carers for the future support of the person they supported, the main preference was for the person to remain in the family home, with either family and/or paid staff providing support.

It was a minority of carers who stated a preference for the person to to move into the home of a sibling, and a small number who would like to see the person moving into a residential service with other people with learning disabilities.

From the thematic analysis of the semi structured interviews, four themes emerged:

The authors conclude that the study identifies the “emotional, informational and practical supports required by these ageing family carers” and points out that the need to support older family carers to plan is becoming more urgent with the number of older people with learning disabilities rising in the future.

Examining the support needs of ageing family carers in developing future plans for a relative with an intellectual disability, Taggart L et al., in Journal of Intellectual Disabilities,16, 3, 217-234

Last reply was September 22, 2012
Try out our members features!