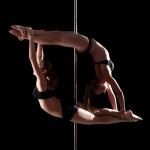 There’s something to please most people in a new meta-analysis by Cuijpers et al in World Psychiatry, regardless of where you sit on the psychology/psychiatry spectrum. Particularly though, it would seem, if you see value in both.

As the name suggests, common mental health disorders (CMHDs), namely depression and anxiety disorders, are prevalent. Although accurate data is hard to obtain, due in part to high numbers of people not seeking treatment, it is estimated that in the UK, CMHDs affect 15% of the population at any given time (see NICE, 2011).

Treatment often remains in primary care, up to 90% of cases in fact, which typically involves pharmacotherapy (antidepressants). Although in the UK, the Improving Access to Psychological Therapies (IAPT) initiative has dramatically increased access to evidence-based psychological interventions such as CBT for CMHDs in primary care, the majority of cases still either go untreated or with medication alone.

It’s estimated that at any one time, 15% of people in the UK (that’s more than 1 in 7), have a common mental health disorder

After removing duplicates, a total of 14,903 abstracts were retrieved. Of these, 2,278 papers were given further consideration. 2,226 of these were excluded, leaving a total of 52 studies for the meta-analysis.

The Cochrane “Risk of bias” tool was used to assess potential bias in studies, with validity checked by two independent researchers.

Antidepressants were coded by type (e.g. SSRI, TCA, SNRI, MAOI), as were psychological treatments (CBT, IPT, or a mix of treatments, coded as ‘other’). Effect sizes of post-treatment differences between groups were calculated using Hedges’ g, and effect sizes were corrected for small sample bias. These values were then transformed for a number needed to treat (NNT), for better clinical meaningfulness.

A random effects pooling model was used due to predicted heterogeneity between studies. The IAPT programme has improved access to talking treatments for many people with depression and anxiety, but access to treatment remains a problem for many. Better together: there are significant long-term benefits of combination treatment with psychotherapy and antidepressants.

As the authors concluded that their meta-analysis reveals:

The benefits of combined treatment remain at follow-up. The authors do observe, however, that publication bias may have exaggerated the results.

Another interesting finding is that combined treatment is more beneficial than pill placebo, and approximately twice as effective as pharmacotherapy or psychotherapy alone.

Finally, the authors emphasise that previously, it had been hard to disentangle the effects of psychotherapy and pharmacotherapy in combined treatments, however, the results here suggest that:

The effects of psychotherapy and pharmacotherapy may be largely independent from each other and additive, not interfering with each other, and both contribute about equally to the effects of combined treatment. This review suggests that, like a great double-act, psychotherapy and antidepressants can contribute equally to treating common mental health problems.

This meta-analysis, although hampered at times by study quality and heterogeneity of data, provides useful insight into the clinical utility of combined treatments. In doing so, it provides a strong argument for a combined approach to supporting the needs of people with depression and anxiety. The challenge remains to improve access for those not seeking treatment, and to continue to improve psychological services in primary care to meet this clear clinical need. Many service users will have a strong preference for either talking therapies or medication (or indeed something completely different), but this evidence supports the use of combination therapy where available.

Last reply was October 27, 2014
Try out our members features!