Home » Posts » Populations and settings » sport » How to create a physical activity legacy from the London 2012 Olympic and Paralympic Games? 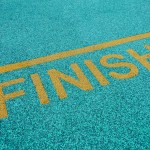 The London 2012 Paralympic Games open today and it is estimated that the cumulative television audience of the Paralympics across the 10 days of competition will tally a record four billion worldwide. Following the success of Team GB in the Olympic Games the excitement and interest has risen across the UK and people are looking forward to more world-class international sport to enjoy, and we hope more medals for Team GB to celebrate.

Out with the sports themselves there is much discussion about the cost and legacy projects for London 2012 in terms of youth, sport, economic regeneration and physical infrastructure. But what impact will the London 2012 games have on physical activity for the population of the UK? This was the purpose of a systematic review, from the Centre for Sport, Physical Education & Activity Research (SPEAR), Canterbury Christ Church University, of the processes by which a physical activity (as opposed to sport) legacy might be developed from the 2012 Games.

This review sought to answer a policy driven question. The authors conducted searches on five electronic databases and included 24 sources of data the majority of which were qualitative or discursive, necessitating a narrative synthesis.

Insights were presented under two broad themes: engagement and perceptions,
and festival and community.

“Physical activity policy makers and professionals should seek to satisfy this desire to participate through providing physical activity (rather than sport) opportunities presented as fun community events or programmes. The key to generating a physical activity legacy among the least active adults through this process is to de-emphasise the sporting element of the 2012 Games and promote the festival element.” 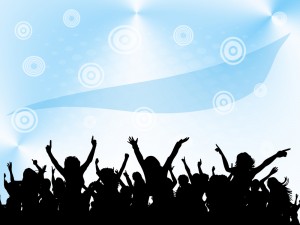 A ‘festival effect’ may have the potential to be harnessed to promote physical activity among the least active.

The authors of this review produced a  narrative synthesis was following an inductive thematic analysis. A narrative synthesis ‘tells the story’ of the research in thematic and substantive terms. As this review had a policy-led aim it  rather than only including the ‘best evidence’ it sought to also include the ‘best available evidence’ to inform the results. These types of reviews can suffer from  lack of transparency and replicable enquiry, however the authors of this review provided quality assessments and details of their analysis methods.

We will look at physical activity guidelines in future posts. In the meantime I’m off to the woodland for another festival with the Elves…such a social life!!