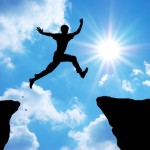 There is mounting evidence for the effectiveness of Collaborative Care (CC) in bridging this gap. NICE recommends CC:

CC relies on a Care Manager (CM) to identify disorders, review patient progress and coordinate treatment recommendations between mental and physical care providers. One of the down sides of CC is that it relies on staff resources, which is currently an issue in the NHS.

The Management of Sadness and Anxiety in Cardiology (MOSAIC) trial was an American study examining the impact of a low-intensity telephone-based CC intervention for depression, generalised anxiety disorder (GAD) and panic disorder (PD) among patients hospitalised for an acute cardiac illness.

This was a pragmatic single-blinded randomised controlled trial. For inclusion, participants had to:

The intervention lasted 24 weeks. 183 participants were randomised to either collaborative care or enhanced usual care:

The CM was a part-time social worker, who worked in conjunction with a team of psychiatrists. The team discussed cases at weekly team meetings. On the basis of preference, participants received recommendations for medications or telephone-delivered manualised cognitive behavioural therapy (CBT). For participants already taking antidepressants, recommendations were made to change dose, change antidepressant or augment. The CM carried out a number of tasks:

If participants had concerning depression or anxiety scores at follow-up, the team made recommendations for treatment adjustments until a response was achieved. The Care Managers in the MOSAIC trial were kept busy

The CM informed the medical team about the mental health diagnosis. Participants were followed up every 6 weeks for assessment. If their depression or anxiety questionnaire scores were concerning, they wrote to their primary care provider outlining their symptoms. Participants were free to obtain any mental health treatment if they wished. Researchers blinded to group allocation collected the data. Data was analysed on an intention-to-treat basis. Patients receiving CC were more likely to have treatment of one of their psychiatric diagnoses by discharge (75% in CC vs 7% in UC p< 0.001).

It is hard to know which elements of CC are having the positive effect. Being studied in a research trial may have influenced the participant and researchers behaviour, thus inflating the benefit of CC. The researchers’ efforts are admirable considering the restraints of their limited funding. If they’d had more money, it would have been interesting to see if the benefits of having CC are sustained. There was no effect on medical outcomes such as adherence or re-admission, and a longer period of follow-up is required to evaluate whether this intervention can reduce morbidity.

The authors said that

Collaborative Care was associated with greater rates of adequate treatment and significant improvements in mental health-related quality of life, depressive symptoms and general functioning at 24 weeks.

Accessing treatment for common mental health problems can be a huge problem in this population, resulting in unmet need and impairment. This may be due to psychological factors such as lack of motivation or fear of stigmatisation, or practical issues such as knowing who to ask for help.  In this study, although there was no significant difference in treatment response between intervention groups, more people in the CC group accessed adequate treatment. Therefore, this model of care could help reduce unmet need. The CM in this study was clearly superhuman, providing a consistent therapeutic relationship to those with complex health needs. Historically, General Practitioners would have fulfilled this role, but sadly this is increasingly difficult with ongoing cuts to primary care budgets and time constraints. The Royal College of General Practitioners (RCGP) will be issuing a petition over the summer to call on the government to reverse the cuts made to their funding. More information about this can be found on the RCGP website.

Save general practice GPs issue plea to patients. The Royal College of General Practitioners, 25 May 2014.

Last reply was June 9, 2014
Try out our members features!