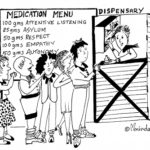 This is the third in a series of Talking Point papers produced by the McPin Foundation commissioned to encourage people to consider key issues in mental health research, and to provide their personal views. This paper is by Jasna Russo, an independent survivor researcher based in Germany. It is quite a complex and radical exploration of the nature of knowledge, research and practice in relation to psychiatric drugs.

Russo begins the paper by introducing her perspective unambiguously: ‘grounded in the conviction that perspectives of people who have first-hand experience with psychiatric drugs’ should have a far greater role in the knowledge production about the effectiveness of these drugs. She states that research on psychiatric drugs remains conventional in its approach and reduces the role of people who take them to ‘bodies to receive medication or a placebo’ in randomised controlled trials, referencing the first Talking Point paper in the series (Faulkner, 2015).

As the paper unfolds, we come to understand that she is not talking about the need for research on psychiatric drugs to make greater attempts to involve service users on advisory groups or in commenting on patient information leaflets and outcome measures. She is talking about transforming research in a far more fundamental way. 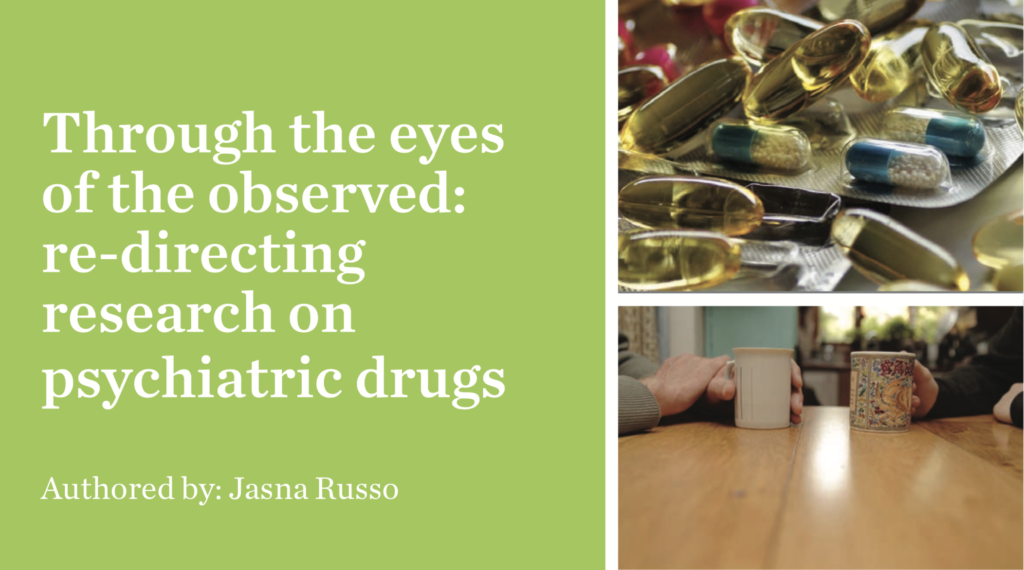 This McPin Foundation discussion paper by Jasna Russo is a complex and radical exploration of the nature of knowledge, research and practice in relation to psychiatric drugs.

Outline of the paper

After setting out her stand in the Introduction and explaining her use of language and terminology, the author divides the paper into three main parts:

Russo points out that the continuing predominance of medication in practice as treatment for all types of madness and distress means that we are still working to a biomedical model which has little evidence to support it. (As it happens, I was recently accused of invoking a ‘straw man’ when suggesting this very same thing in the context of the Mental Health Act Review.) And yet, as Russo points out, the research and the treatments that continue to dominate are evidence in themselves of the strong biomedical thread that runs throughout our mental health systems, perpetuated by both the nature and the content of mental health research.

If we are to be serious about challenging this, and breaking through this ‘vicious circle in which the biomedical model signifies both the departure and the arrival point of the research process’ (p.12), then it means examining what a first line treatment might mean if not medication. Russo is not suggesting anything easy or simple: she wants a radical transformation of our research methods that starts and finishes with the people who know what it feels like to take psychiatric drugs. And she wants the system itself to be transformed so that drugs are not the first or the only option for people in distress. Within this, she is at pains to acknowledge that some people do find drugs helpful, and that some people find drugs helpful at different times in their lives. 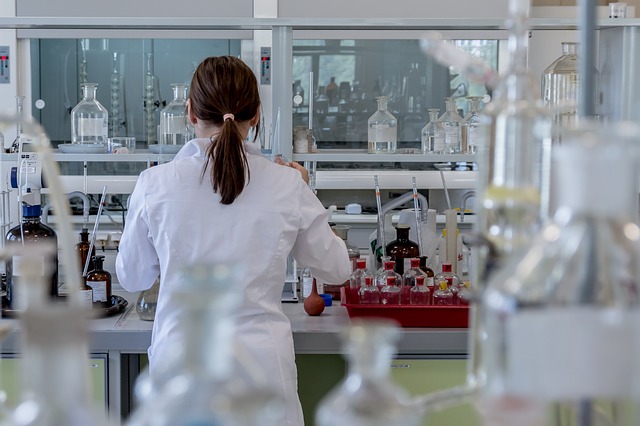 Russo argues that we are still working to a biomedical model, which has little evidence to support it.

1. Psychiatric drugs: from a medical to a human rights issue

In this section, Russo reviews the human rights implications of medication as a first line treatment for all madness and distress, and the fact that the right not to take it is rarely an option, particularly in crisis. She highlights the lack of free and informed choice in the context of forced treatment and quotes the UN Special Rapporteur as saying that prescribing medication because of an absence of alternatives is ‘incompatible with the right to health’ (p.10).

The implication of adopting the UN Convention on the Rights of Persons with Disabilities (UNCRPD), to which the UK is a signatory, would be the establishment of a human rights framework to research and the systematic exploration of non-medical approaches to dealing with madness and distress. Russo quotes the UN Special Rapporteur on the right not to take medication, and his statement that “[p]sychosocial interventions, not medication, should be the first-line treatment options for the majority of people who experience mental health issues”. Unfortunately, the pre-eminence of the biomedical approach undermines this potential and research production continues on its way. 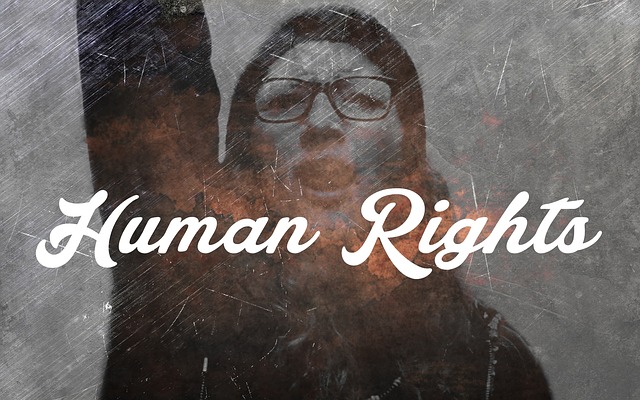 Russo reviews the human rights implications of medication as a first line treatment for all madness and distress, and the fact that the right not to take it is rarely an option, particularly in crisis.

In this section, Russo explores the potential contribution of people with experience of taking psychiatric drugs to officially sanctioned knowledge production on this subject. She recounts much of the existing knowledge and evidence that service users and survivors have collated over the years – and there is a great deal more than she lists – and concludes

But the inclusion of first hand perspectives in mainstream research often goes hand in hand with the diminishment of our role and influence on the overall process (p.15).

Her concern is that PPI (Patient and Public Involvement) initiatives are rarely sufficient to change research fundamentally and she is critical of the ‘utilitarian’ approach to involvement. The research governance processes together with the underlying neurobiological assumptions militate against any significant inclusion of, or partnership with, people with lived experience of psychiatric drugs. What is needed, she argues, is a far broader transformation of the production of knowledge away from the inequities of involvement towards the leadership of experiential knowledge. 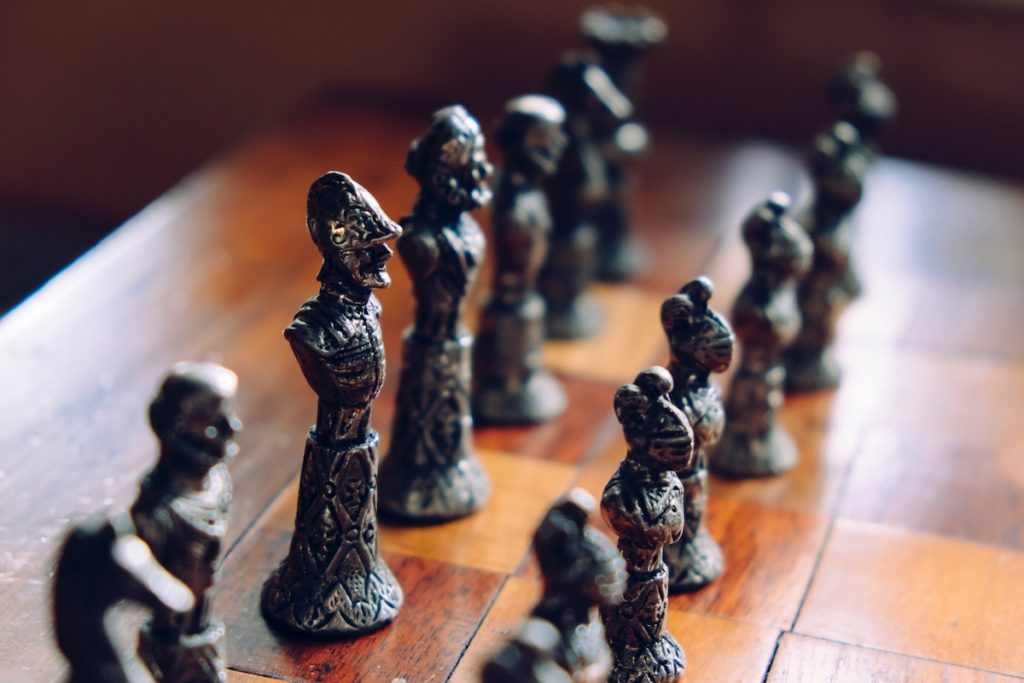 Russo argues that we need a far broader transformation of the production of knowledge, away from the inequities of involvement, towards the leadership of experiential knowledge.

3. Inverting the research gaze: from assessing people to re-thinking treatment

Here, the author challenges existing treatment practice and scans the landscape of alternatives to medication. In the search for new avenues for research, theory and practice, she covers the following themes which she describes as ‘matters of principle’:

Russo never avoids the complexity of the issues she addresses, acknowledging that there are differences of opinion within the ranks of the mental health professions as well as within and between service users and survivors, and that the project to foster social responses to madness and distress ‘requires joint efforts from many different players, as well as the comprehensive and multidisciplinary generation of knowledge’ (p.20).

Research into medication is driven by clinical academics who are (sometimes) also prescribers, as a result of which questions of compliance and adherence are frequent topics for research. Russo advocates turning the tables and examining the prescribers and their prescribing practices, about which there are some indications of extensive poor practice, such as: polypharmacy, over-medication and racial biases in prescribing. She cites a few examples of these, and concludes by suggesting that it is time to investigate both the prescribing practices and the ‘nature of helping relationships that are mediated with drugs’ (p.23).

The author steers clear of answering the ‘immense question’ she poses about how to address madness and distress with non-medical approaches. She outlines the rich body of knowledge originating from people who have been there and ‘reached the other side’ as partially documented but powerless to influence policies and services.

“What is needed is a profound, ongoing collective learning process about how to accept madness and distress as part of our lives, how to keep looking at what they mean and where they come from and how to alter our relationships in order to support each other through the necessary changes that these experiences are obviously calling for.” (p.24)

Ultimately, she calls for the research community and service providers to seek out and work with the knowledge created and lived by those with first-hand knowledge, in order to expand both our shared understanding and our treatment practice. 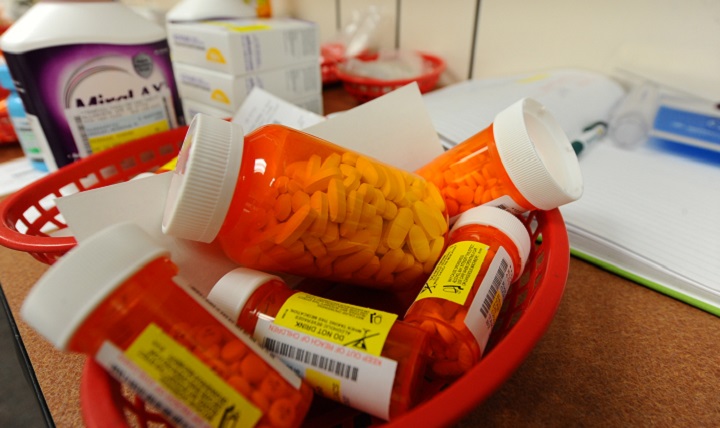 Russo calls for more research that investigates both the prescribing practices and the ‘nature of helping relationships that are mediated with drugs’ (p.23).

If you have read this far, then it has probably occurred to you that I write in support of this paper. I have my own experience of psychotropic medication, and I still – reluctantly – take an antidepressant because I cannot withdraw from it, one of the key issues highlighted by Russo. But I also have decades of experience in mental health research and activism in which medication has constantly featured as problematic in debates and discussions, in user groups and in individual interviews. One of the first pieces of user-led research I undertook (Faulkner, 1997) found that many people felt profoundly ambivalent about taking them and felt they had no choice. A recurring theme was the failure of medication to take account of the whole person and their potential to endanger a person’s sense of ‘self’.

Medical treatments can be applied in an impersonal way, as though you are an object that needs re-moulding rather than as a person with feelings and human needs.
– Faulkner, 1997 (p.40)

I strongly endorse many of the messages in this paper. A key strength is that the author explores some of the knowledge and evidence that rarely gets an airing: that of people with first-hand experience of psychiatry and, in particular, of psychiatric medication. She never fails to acknowledge the complexities of the issues at hand: that it is a huge project to overturn the direction in which mental health research and practice has been going for many decades.

As a brief aside, I would like to highlight a point Russo makes in relation to the involvement of people with lived experience in research and policy debates; that of ‘representation’. This is such a key issue and one that constantly recurs within a variety of PPI spaces, that I believe it is worth re-stating her words here:

… we, people with psychiatric experience, often face the expectation to present a view that is representative of everybody else from ‘our’ group. While professional experts are not only allowed, but also expected to give their individual expert-opinion, the value of our views is often measured against the fictitious, anonymous, universal ‘mental health service user’ and our ability to represent them. (p.7.) [my emphasis]

If I have one criticism, it is that Russo does not leave us with many signposts about the way forward. To some extent, we are left swimming in the complexity of it all and rather overwhelmed by the task; but the dilemma of course is that this very complexity is real. My tidy mind would have liked a more compact summary and some ideas about where to start in our shared endeavour, including some of those non-medical alternatives but, more importantly perhaps, ideas about how to embed a human rights perspective with the help of the UNCRPD. In England, we are in the midst of a review of the Mental Health Act 2007. I am aware that the review panel have no intention of incorporating ideas from the UNCRPD. Is it too much to hope that they might read this paper and give serious consideration to non-medical alternatives to detention and forced treatment? 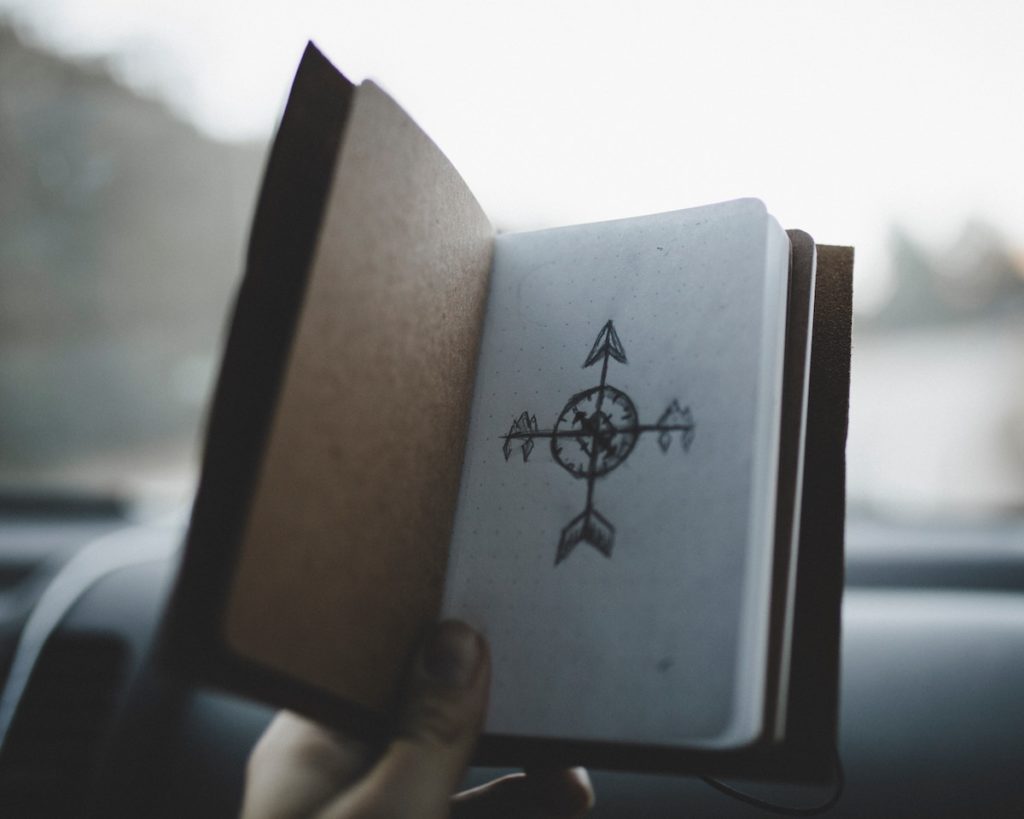 Russo does not leave us with many signposts about the way forward. Where to start in our shared endeavour? Non-medical alternatives, human rights perspective, something else? Answers in a tweet please! #PsychDrugDebate

Faulkner A. (1997) Knowing Our Own Minds. Mental Health Foundation.

Last reply was August 5, 2018
Try out our members features!