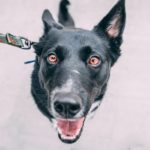 In the Woodland we love all kinds of animals, and so naturally we wonder if there is an evidence base for the benefit of pet ownership for those with diagnosable mental health conditions. The enduring relationship between humans and domestic animals is well documented and there are an estimated 10 million cats (23% of households with one or more cat) and 11.5 million dogs (30% of households with one or more dog) kept as pets in the UK.

I personally have a dog, who works wonders for my own mental health, but have tried to remain as objective as possible when preparing this blog!

The elves have blogged about pets before, but previous blogs have been a little limited because the research papers were often small qualitative studies, e.g.

So, we are pleased to report that Helen Brooks et al have looked into this further and have completed a systematic review and narrative synthesis of the evidence, published in BMC Psychiatry in February this year. The review aims to explore the nature, extent and quality of the evidence demonstrating the role of pet ownership for people with mental health conditions.

The review questions looked at are: 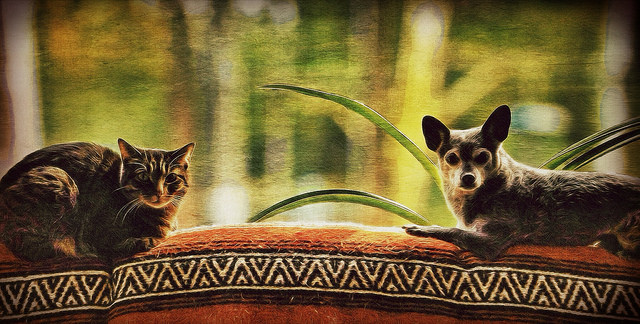 There are an estimated 10 million cats and 11.5 million dogs kept as pets in the UK.

A comprehensive search of 9 electronic databases was undertaken in March 2017. The methods and reporting of the results of this systematic review are described according to PRISMA (Preferred Reporting Items for Systematic Reviews and Meta-Analyses) guidelines. 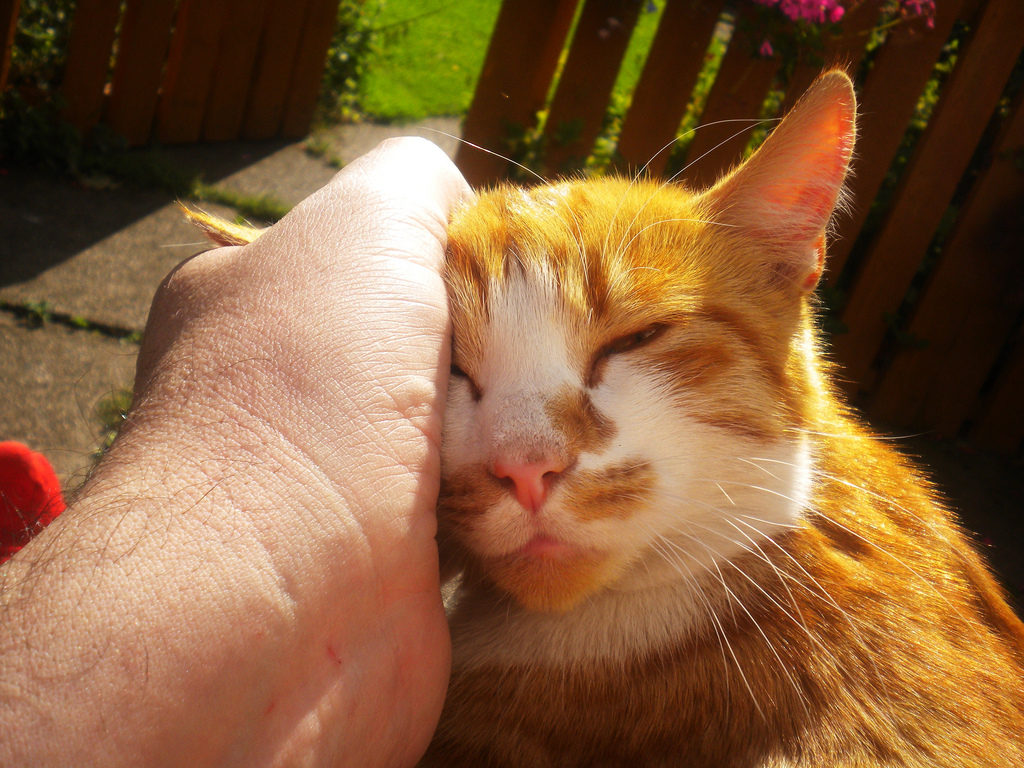 This is the first systematic review exploring the role that companion animals and pets can play in helping people manage a long-term mental health condition.

8,145 titles and abstracts were screened and 7,723 were excluded. 422 full text articles were assessed at full text review, and 407 of these were excluded. This left 17 studies for the narrative synthesis.

A total of 1,727 pet owners were involved in the included studies.

Of the 17 included studies:

Neutral effects of pet ownership were reported in some of the studies, where no difference in mental health outcomes, social contacts or loneliness were reported for pet owners compared to non-pet owners.

Biographical work: identity, a sense of self-worth and existential meaning 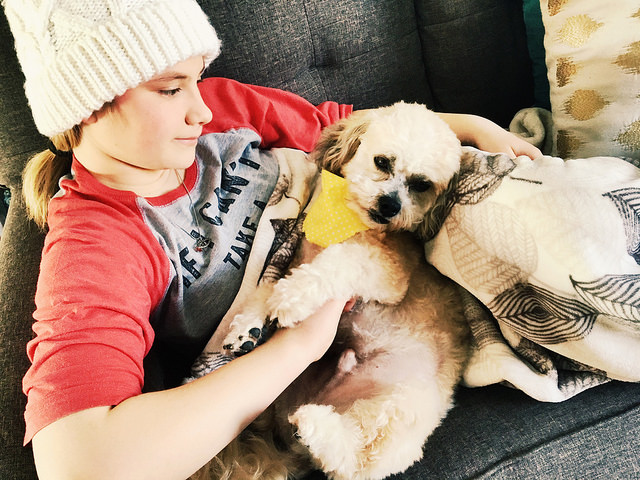 “The dog offers comfort in a different way to how I do, more unconditional. Åsa can hold the dog when she is feeling miserable. The dog doesn’t ask why or what’s happened.” – quote from the review

The potential or actual loss of beloved companion animals was a major source of distress for owners, but it was acknowledged that joy could still be taken in their memories once death had been come to terms with, and that such experiences could facilitate understanding of other difficult life events. Negative elements were largely over-shadowed by co-occurring positive impact of pets in these studies. 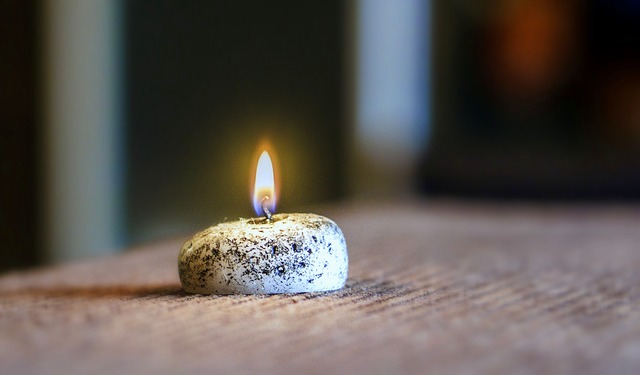 “It was more after her death that I kind of broke down, and just thinking about her would make me cry for a couple of weeks or more.” – quote from the review

The results support the wider health benefits of companion animals for the general population.

The majority of relevant data extracted for purposes of this review were qualitative. This indicates that the evidence in relation to the role of pets for the management of diagnosed mental health conditions is at an early stage and currently disparate and exploratory in nature.

The use of thematic analysis informed by an existing framework led to the identification of a number of mechanisms through which companion animals were seen to support their owners to manage their mental health conditions. Very little data fell outside of the framework and what did related mostly to the demographics of pet owners.

Despite these identified benefits, it appeared that relationships with companion animals are not considered or incorporated into health care planning or wider health related discussions of consultations.

The findings call for cultural changes in policy towards the way in which pets can be incorporated with other support which is often left untouched or unconsidered by formal service provision. A different logic of care is required; one which values the harnessing of available and valued support identified by people, which supports individuals’ capacity to undertake valued activities (such as dog walking), which can also add additional benefits in relation to exercise and mental health. 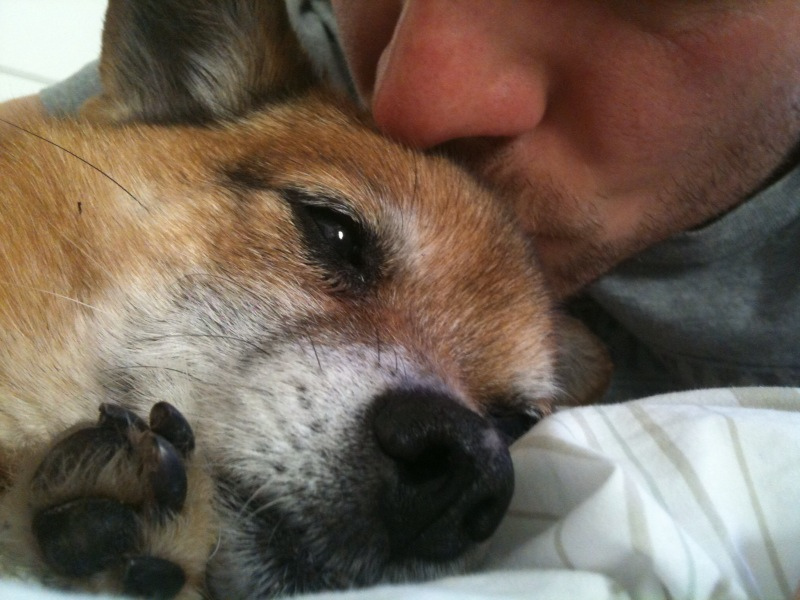 Pets should be included in care plans when they play an important role in the wellbeing of someone living with mental health difficulties.

Quality assessment was completed for the articles included and included assessment of potential bias in terms of selection and response and the reliability and validity of the methodology utilised. Studies were given one point for each quality criteria they met and this was used to guide the narrative synthesis of the studies included in the review. The quality assessment process generated an average and potentially limiting quality rating of 5.5 out of 10 for qualitative studies and 8.75 out of 10 for quantitative work.

Any differences identified between quantitative and qualitative findings within the review and the range of factors mediating the relationship between pets and their owners identified within existing literature speaks to the complexity of this relationship and the resulting need for further prospective studies.

Many people over the years have talked about animals and the bond that exists between us, but whoever said diamonds are a girl’s best friend, never owned a dog…