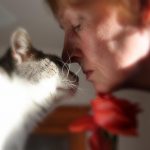 This is a rather lovely article for those of us who are animal lovers. There is surprisingly little evidence of the role that pets play in the lives of people living with mental distress, despite some acknowledgement of their social support role and, increasingly, of the potential for Animal Assisted Therapy.

This research aimed to fill this gap through exploring the role of pets in people’s overall support networks, and the contribution they make to people’s lives using the notion of ‘illness work’. This framework includes practical work (relating to health management), emotional work and biographical work (which relates to the life course and meaning in life). 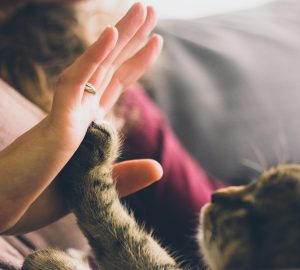 There’s surprisingly little evidence of the role that pets play in the lives of people living with mental distress.

This was a qualitative study that involved face-to-face semi-structured interviews with 54 people from Manchester and Southampton.

The participants were asked to map their personal networks using a diagram of three concentric circles: placing those people or things most important to them in the central circle, less important in the next and so on. Participants were then asked about the members of their network in relation to the categories of ‘illness work’ mentioned above.

Interviews were recorded and analysed using framework analysis, coding the data according to work-related codes and cross-referencing the coding as they went along to confirm or remove new or duplicate codes. In addition, network diagrams were analysed to identify the size of the network, along with the placement and relative position of pet(s) within the person’s network.

Of the total 54 participants, 25 identified a pet or pets within their network. Most of these (60%) placed them within the central circle, indicating that they played a key role in their lives. This was particularly the case for people who had difficult relationships with the people in their networks, or who were socially isolated. In a sense, pets came to replace or substitute for the familiarity of ongoing intimate relationships through their presence and the felt connection. Pets were described as providing an understanding of their owners, unconditional support and trust, all of which were contrasted with the difficult relationships some people experienced with family and friends.

In relation to the ‘illness work’ categories we started with, pets were associated most with illness-related practical work and emotional work. Pets provided physical contact and comfort, distraction from negative thoughts and feelings and a source of humour to lift people’s spirits.

Pets were also contributing to ‘biographical work’ through providing a routine, and a social link through the need to take them out, get physical exercise and meet other people in the process. People experienced their love for their pets as reciprocal and unproblematic compared to human relationships, and also felt that this relationship helped to manage or reduce their sense of stigma.

The ‘hidden work’ of pets refers to the role they can play as being something to care for, giving their owners a sense of value and pride.

There were drawbacks to pet ownership: a few people mentioned the burden of caring for them or the devastating effect of the death of a pet. 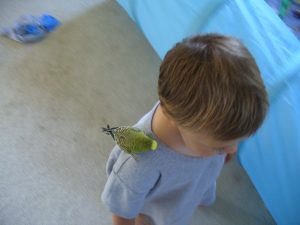 People can experience their love for their pets as reciprocal and unproblematic compared to human relationships.

The paper concludes that the role of pets in (some) people’s lives has been underestimated; that more attention should be given to them in care plans and in discussions with health service providers.

The authors particularly highlight the role of pets in relation to ‘illness practical work’, e.g. in assisting with distraction and facilitating routine and in the ‘biographical work’ associated with mediating stigma and social acceptance.

In short, they believe that pets should be considered as a key source of support in managing people’s mental health.

I found this to be a delightful paper and would have to declare a personal interest: I love animals and currently live with three cats. During a period of crisis I lived with just one of these cats and she had an enormously important role in my life. She gave me affection and was there for me when I came home and comforted me by sleeping with me at night. I suspect therefore that I may have suspended some of my critical faculties in my reading of this paper. Perhaps the paper does not say anything very groundbreaking, in that many animal lovers would already know much of what it reports. However, it may serve a useful role in highlighting the hidden potential of animals in the lives of people who are struggling with their human relationships and are socially isolated by the implications of their mental distress. In my experience, people who do not appreciate animals can underestimate or be dismissive of their role in people’s lives. 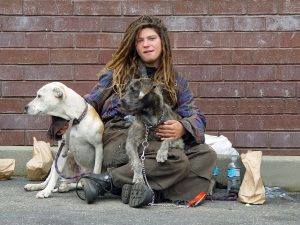 Those who don’t appreciate animals can underestimate or be dismissive of their role in people’s lives.

The study reports a solid approach to qualitative research and analysis and employs an interesting approach to understanding the issue (using social networks and ‘illness work’). Placing pets within the context of people’s overall support networks seems to be a strength in enabling us to put the issue within that broader context and see where pets may be placed in relation to people. It’s important to remember that not everyone has a pet nor places them in their central support circle.

One of the limitations of the study is an all too-familiar one; indeed, I mentioned the same issue in a blog written a year ago (Faulkner, 2016). The authors admit that they ‘did not recruit any participants from Black, Asian and minority ethnic communities. It therefore may not be possible to fully transfer findings in terms of typicality to other ethnic groups or other service populations’. It is not fair to pick on this research study in particular about this, but I am personally fed up with reading this in so many papers. One has to wonder why this practice continues, when some marginalised communities are over-represented in mental health services and should be better served by the research community. Half of the participants in this study were recruited in Manchester which has a substantial BME population. Also, there are cultural differences in attitudes to animals and pet ownership, so it would be important to understand more about these differences if research such as this is to inform practice.

A delightful paper that confirms what many animal lovers already know: our pets are important to us in ways that some people do not understand or are inclined to underestimate. It would be valuable if care plans and mental health services were to take this into account, particularly for the most isolated among us. 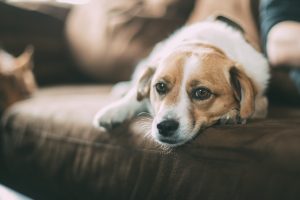 This qualitative evidence suggests that pets should be considered as a key source of support in managing people’s mental health.