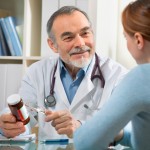 Benzodiazepines (BZD) are a group of medicines that act as sedatives and are very effective at reducing anxiety and helping reduce insomnia. They work in a similar way to alcohol. However, with regular long term use, tolerance develops (this means you need more of the drug to have the same effect) and withdrawal symptoms will occur if ceased abruptly.

Many people become trapped in their dependence on benzodiazepines and are not able to function without them. The irony is that the withdrawal symptoms are often far worse than the original problem they were taken for, and people experience horrendous anxiety, panic, sweating, shakes, nausea and insomnia. In severe cases, people can have seizures as a result of withdrawal.

Therefore because of the severe and unpleasant withdrawals, it is very difficult to reduce and stop taking them, and often people end up taking them for years, with a significant negative impact on their lives. As a result, there is a need to develop effective ways to help empower people to move on with their lives, free from the reliance on these pills. The withdrawal symptoms of benzodiazepines are often far worse that the original condition they were intended to treat.

Four out of 5 benzodiazepine prescriptions are made by GPs

This blog will be considering evidence for brief interventions for reducing benzodiazepines in primary care. Primary care is an obvious setting for such interventions as 4 out of 5 BZD prescriptions are made by GPs, and they are in a prime position to intervene. However, GP time is limited and so brief and structured interventions may well be the most pragmatic and feasible method of delivery.

The first step in understanding the outcomes of a systematic review is to consider the quality of the review process in order to ensure that its conclusions are not limited by potential bias in searching, selecting and reporting of studies (see PRISMA for more information).

This review has a clear aim, it described the search strategy, along with search terms and inclusion/exclusion criteria. The papers identified from the search were screened independently against selection criteria and included papers were assessed for risk of bias (using Cochrane Risk of Bias tool). It reported the numbers of papers included and excluded at each step using a flow chart. However, it made no reference to an a priori protocol for the search, which would help assess if they undertook the search exactly as they had planned it.

The authors rightly point out that their review contains so few studies that it limits the strength and reliability of the conclusions. It also limits the ability to perform further analyses on any possible effects on outcome from variations in setting, participant characteristics, physician effects and so on. All of these things could have significant effects on the success (or not) of an intervention. Like all multi-faceted complex interventions it is hard to determine what is the “active ingredient” and so it is hard to make concrete recommendations based on what works with this current evidence.

Despite these limitations, the authors make cautious recommendations for clinical practice including: Supervised withdrawal alongside psychotherapy was a component in the cautious recommendations from this review.

This was an RCT comparing two types of structured interventions which aimed to reduce BZD use in primary care. This was a three arm multi-centre cluster trial recruiting from 21 primary care centres in Spain. Participants were eligible for the trial if they were 18-60 and had been taking BZD for at least 6 months.

Care was taken to minimize bias by independent randomisation, and the allocation was masked from those involved in data collection and entry. The sample tended to be older people with an age range of 50-72 years old.

As both the SIF and the SIW produced similar results, the recommendation by the authors is to suggest the cheapest intervention which is the written individualised stepped dose reduction with written instructions, as opposed to the more time consuming intervention which involved follow-up visits. This trial concluded that a structured educational intervention with written instructions was the most effective option for reducing benzodiazepine use.

It is clear that there is a need to offer effective interventions that support people in reducing BZD in primary care. The review and RCT both offer some support to a more structured approach than is typically offered in routine care.

There are important issues around what is the active ingredient in interventions that are complex (i.e. multiple components). The Vicens et al RCT offers some clues to this, as they found that irrespective of the follow-up support, a structured withdrawal with information is three times more effective than treatment as usual. So, the required solution may not necessarily need complex psychosocial input.

However, qualitative data on the patient perceptions of such interventions and issues of acceptability and feasibility would be useful. It may be that the Vicens interventions were effective for those who were already very motivated to change, and there is a question about whether this would work for people with more complex co-morbidities and BZD use. Both kinds of interventions investigated by these studies were associated with reduction in BZD use, but the psychotherapy intervention had a larger effect.

Last reply was October 15, 2014
Try out our members features!