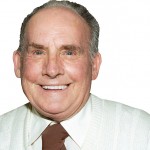 A short while ago, we posted about the reflections of mentors in a programme in Australia aimed at helping older people get connected to and take part in community groups. The paper we are posting about today draws on data from that project. The researchers developed the project in the context of increasing numbers of older people with learning disabilities and concerns about gaps in support as people left sheltered employment in what are known in Australia as ADE’s – Australian Disability Enterprises.

The authors point out that they tend to operate in segregated settings and that there had be little clear policy or thinking about support for ageing and active retirement for ADE employees.

The authors were therefore involved in the planning and setting up of a Transition to Retirement (TTR) programme, but focused on supporting inclusion in mainstream community groups.

The paper we are looking at here used data that were collected from that TTR programme designed to help people working in ADEs to gradually reduce their work hours and develop an inclusive retirement lifestyle.

The people who took part were supported by a coordinator whose work focused on aiding inclusion in mainstream community groups through the recruitment and training of volunteer mentors.

Participants were twenty-six ADE employees, the majority of whom were described as having mild to moderate learning disabilities. They were supported to replace 1 day a week of work with attendance at a community group as a member or volunteer.

Data used in the study relate to 24 of the participants as difficulties encountered for two participants meant data were incomplete.

The aims and approach of the programme were:

However, the research team came across a number of difficulties, in particular with people who were potential participants having trouble visualising a new way of living in retirement with no concrete example to guide them.

They collected descriptive data about the processes that used to implement the programme for all participants. For nine people, they also collected data on time commitments involved.

They also took detailed field notes relating to activities undertaken which looked at any obstacles encountered.

Data consisted of field notes, time logs and minutes of reflective discussions held by the team over the 3-year research period.

They carried out an analysis of the content to describe the activities involved, the roles fulfilled by the researcher and coordinator and the time taken to implement various aspects of the programme for nine participants.

From the analysis of the data, the researchers pieced together a conceptual model for the programme, which had three main components: 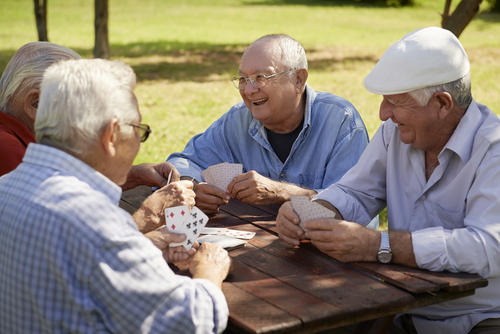 Interestingly, this appears to be an area that needed more attention than was originally thought by the researchers. Given an absence of positive retirement role models, retirement was perceived as risky by older employees, staff, and family members. The team had begun by attempting to recruit participants, and felt that in the light of their experience, promoting retirement should have been the first step in the process.

In practical terms this involved active engagement with older employees and their social network members by the coordinator, through informal information sessions to describe the programme and what it involved.

When someone expressed an interest, the coordinator met with family members and/or accommodation provider to identify concerns and to begin the process of creating a ‘person-centered notion’ of the focus person’s future retirement.

Having gone back to promote retirement, they found this impacted considerably on the pace of the project – e.g. nobody joined community groups in the first 6 months of the intervention phase.

Laying the Groundwork in the Community

The researchers describe this as mapping and investigating community groups, getting to know communities, and getting the programme known by seniors’ networks.

They used a range of approaches to marketing the programme and they describe the need for excellent communication skills in the coordinators, to be able to think on their feet and adjust their style and language to many different types of groups

They also describe how this process involved an attempt to shape the attitudes of community groups toward inclusion of a person with learning disability.

The researchers break this into five stages

1. planning – where people had existing clear and powerful interests, this made planning a little easier. Where there were no such interests, the team had to create opportunities for people to try things out and test their responses. It was also important to weave retirement planning with other planning processes to avoid potential conflicts later.

2. locating a group -this built on the work already done to map communities. Practical considerations of choosing groups included choosing groups that met at the same time each week on a weekday so that the group was seen as “replacing” work for that day and to ensure that a new routine could be accommodated by others supporting the person.

They found that community groups were welcoming and they had almost no refusals. The team were involved in giving presentations, offering reassurance that groups were not being asked to act as surrogate support workers and designing and supporting approaches to managing vulnerabilities, such as for example health and safety issues when using tools in Men’s Shed.

3. mapping a new routine -this involved a range of tasks and as it was only one day a week, often needed special arrangements with other people supporting the focus person.

In terms of coordinator time for the nine people for whom there were time related data: negotiating and establishing new routine 9.75 h to 59.75 h overall, with an average of 26 h – dependent on skills, confidence, and social circumstances.

4. Recruiting, training, and supporting mentors – Coordinators worked with groups to identify at least one member to act as a mentor for the retiree. The training for mentors only began after they had had the opportunity to be with the focus person and included disability interaction training on-site observation and hands-on active support training. What was interesting for the coordinators was that the training often triggered wider discussions about the group, activities and ways in which the group could help the focus person to better engage in those activities.

5. monitoring and ongoing support.-this was usually low level, but could increase if there was a need to respond to changes in circumstances.

The researchers point out that calculating the coordinator time involved in the ‘making it happen’ phase was a difficult task. They suggest that it took an average of 89.75 h for each participant (range 44.25–167.75 h).

Transport difficulties are often cited as reasons for people not participating in community activities, so warranted a special mention in the research. Whilst there was a need to plan in some detail for travel arrangements, the researchers found no instances of lack of transport preventing people from attending their group.

As most groups were run for people on restricted incomes, costs of participation were generally low and as such were found to be affordable for all participants. Cost was not found to be a barrier.

In terms of resources for the programme, they looked at the time data from nine participants and were able to suggest that one full-time coordinator should have capacity to support 27 ongoing and 7 new participants over a 12-month period.

They point out that this represents a significant investment of resources, but supports meaningful inclusion of people with learning disability of retirement age in ordinary community groups.

The authors have set out elsewhere some of the outcomes – e.g. 93% of participants going to a community group 1 day per week for at least 3 months, gaining new social contacts and decreasing work hours as planned. In addition community groups were recruited to the programme to open up a broader range of opportunities with 64 mentors recruited. 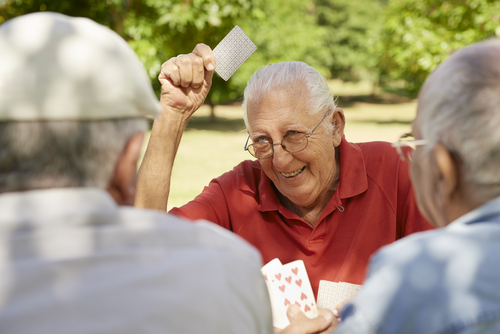 The rise in the numbers of older people with learning disabilities creates a challenge in helping people to learn about ageing and to develop an active retirement alongside others in their communities.

The TTR project at the heart of this paper shows some good progress in this area. The researchers used an iterative approach to building the conceptual model of the programme, learning on the basis of early experience and changing the focus and pace of their work which meant that early progress was slow and costs in terms of coordinator time were significant. The authors also talk about the pivotal role of the coordinator, and describe a multi-faceted skillset for this person, relating to community builder, communicator, resource manager and mentor supporter.

The researchers point out that the project was limited to working with people described as having mild to moderate learning disabilities who by and large had little need for support in areas of personal care. This meant that the approach to working with mentors had not been tested with people with more severe disabilities who needed more physical support or who perhaps had difficulties with communication. They also point out that the programme was delivered in a city, where there were significant resources and community groups along with transport possibilities and that their results may have been different if working in more rural or isolated areas.

What this paper does do very well though is set out a clear conceptual model that has been tested in practice relating to ways to engage with communities and enable older people with learning disabilities to transition from segregated employment to a more inclusive retirement.