Home » Posts » Populations and settings » later life » Are there any effective interventions for preventing falls in older people with mental health problems? 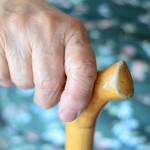 Falls are estimated to cost the NHS more than £2.3 billion per year (College of Optometrists, 2011) and are associated with significant morbidity and mortality. This fact alone should be giving us the drive to look for ways to prevent falls in healthcare settings.

A systematic review recently published in BMC Nursing (Bunn et al, 2014) is the first of its kind to evaluate the effectiveness of interventions aimed at preventing falls among older people with any form of mental illness, not just those with dementia or cognitive impairment.

The aim of this study from Bunn et al is honourable. Existing big reviews focus solely on preventing falls in older people in hospital settings, or just those with dementia or other forms of cognitive impairment (Oliver et al, 207), but this research group set out to find the interventions that could benefit those with any form of mental health problem in any setting. The researchers undertook a comprehensive literature search for both published and unpublished studies, English language, from any healthcare setting, which evaluated any intervention(s) aimed at reducing or preventing falls in people aged 60 or over, with any diagnosis of mental illness. There were no date restrictions. The two key outcomes examined were:

The authors stated their intention to address interventions preventing AND managing falls, although their results focused on prevention strategies only.

The interventions they identified varied widely, including physical activity, risk assessment, environmental modification, staff training, increased supervision, patient education and sensory interventions. Individual studies were not pooled in a meta-analysis because they were too varied, so a narrative analysis was provided instead.

Results were categorised according to location (nursing/residential care, hospital and community) as well as intervention type (single or multifactorial).

However, due to the diversity of interventions studied and the variety in quality of the studies, no overwhelming evidence to be drawn in favour of any of the individual interventions. 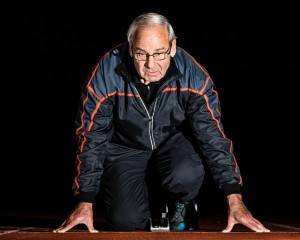 There were several problems with the quality of the individual studies:

Looking at the review overall, the inclusion of both controlled and uncontrolled trials may have introduced a large element of bias. 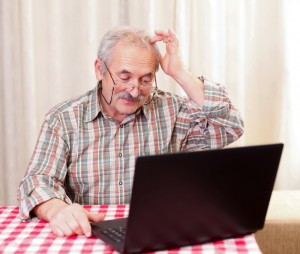 The review included randomised and non-randomised studies, which makes the findings less reliable

Although the evidence from this review is not robust, it does challenge the American Geriatrics Society and British Geriatrics Society guideline (Martin, 2010) which states that there is insufficient evidence to support any recommendation to reduce fall risk for older people with cognitive impairment.

However, the strengths lie in the few individual studies of good quality that were included, not in the results drawn from the systematic review and there were no studies found that looked purely at mental health hospital settings, so results cannot be applied specifically to those with mental health problems.

Approaches to preventing falls must be individualised, as each patient is affected differently by the interplay between a range of risk factors.

Their report from 2007 indicates that using multifactorial interventions is an effective way to reduce the number of patient falls (Healy et al, 2007), including:

The NPSA acknowledges that it is uncertain if these interventions are as effective for those with cognitive impairment as for other people.

The latest NICE guidance (NICE, 2013), in addition to the above considerations, recommend also routinely asking older people about their falls history and then tailoring any interventions specifically to the patient, depending on their risk factors.

With regard to this systematic review, the researchers looked at a clearly focused question and comprehensively assessed the quality of each study, but their inclusion criteria could have been stricter and they were limited by the number of good quality, comparable studies.

This work has not identified any robust evidence to recommend specific interventions. Multifactorial interventions may be effective, but this must be refined. There is a need for better quality studies examining single interventions to determine what is actually effective at reducing falls in older people with mental health problems.

In the meantime, don’t let the poor quality evidence trip you up: find the shoe that fits your patient and tailor your approach.

The importance of vision in preventing falls. The College of Optometrists & British Geriatrics Society, Jun 2011.