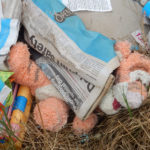 This paper is a systematic review that examines the impact of home eviction or the threat of home eviction on mental and physical health. The initial literature search produced over 2,200 articles. These articles were reviewed and 47 were selected as they examined specifically issues related to health inequalities. It is these papers that form the basis of this review.

The majority of the papers (86%) are based on studies that took place in Anglo-Saxon Countries. In this group, most were American studies. This is significant as it is impossible to examine issues such as health inequalities without taking into account the broader society. There is growing interest in the examination of the impact of inequality on broader health outcomes. This is reflected in the work of Wilkinson and Pickett and their best selling book The Spirit Level.

The WHO defines the social determinants of health as follows

the conditions in which people are born, grow, live, work and age. These circumstances are shaped by the distribution of money, power and resources at global, national and local levels.

The lack of a secure home or accommodation is an increasing social problem. As the authors note, the number of foreclosures in the USA in 2010 was over 2 million following the subprime crisis in 2007. This affects millions of families. The ripple effect of the Eurozone and banking crises can be seen most starkly in the countries of Southern Europe. This problem is most apparent in Spain where there were over 400,000 evictions between 2008 and 2015. A grassroots campaign Plataforma de Afectados por la Hipoteca (PAH) has led the opposition to such moves. 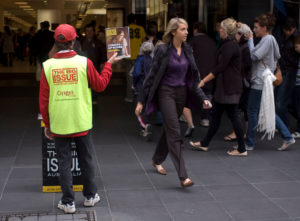 The authors recognise that there needs to be a broader consideration of the impact of insecure housing rather than only using eviction. This is the end point of a process or series of processes. They use “the threat of eviction” to allow for a wider focus. The research papers examined in this review therefore explore all of the stages that might be involved in the loss of a home.

Data was extracted according to 4 dimensions:

55% of the articles examined mental health as one of the outcomes. Poor mental health or psychological distress was measured in the students using scales such as the General Health Questionnaire. 38% of the studies assessed self-reported physical health conditions; for example high blood pressure, cardiovascular disease or being overweight. As might be expected, most of the studies that assessed mental health found that the threat of eviction had a detrimental effect on psychological well-being. The research found that these effects are also present if you live in an area where there is a high eviction rate; perhaps a reflection of the impact of wider economic and social problems that neighbourhoods face. The literature indicates that there are increases in rates of depression, anxiety and suicide amongst people facing these housing difficulties. Similar impacts are reported in the field of physical health with higher prevalence of poor self-reported health. The links between mental and physical health are complex. However, this is an area where there are clear overlaps.

The review also examined qualitative studies that explored the feelings of those caught up in these processes. Huge social stigma is attached to poverty. The studies reported here highlight that individuals experience feelings of insecurity, embarrassment, isolation and a sense of loss of control over key aspects of daily living. These have the potential to contribute to the development of symptoms of anxiety or depression and suicidal ideation. Only three studies found that the threat of eviction had a stronger impact on the health of women than men. One study reported that the suicide rates among people nearing retirement was twice that among those aged 30-45 years. As noted above, the majority of these studies were based in the USA. One study highlighted that the association between foreclosure and mental health was significantly stronger in counties with a higher proportion of African American. The subprime crisis had a disproportionate impact on African Americans. 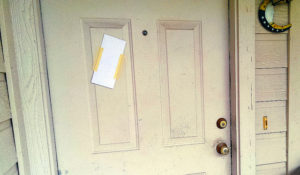 This review found that the threat of eviction had a detrimental effect on psychological well-being.

The authors note that their systematic review could not include a meta-analysis because of the wide variety of exposure variables and effect measures reported. The review included cross-sectional, cohort and qualitative studies. The reviewers used a variation of the PRISMA standard to conduct their review. They searched for studies in a wide range of databases and 3 independent pairs of researchers then reviewed the selected articles.

The fact that the overwhelming majority of the studies came from the USA means that any attempts to generalise must be treated with some caution. This is mainly due to the fact that the experiences of poverty must be understood within the context of the society, in which, that individual or family is living. Any analysis should include not only the range of social provision potentially available to support people but also levels of inequality and social attitudes.

I am writing this piece in my office at Salford University not far from Manchester City Centre. Anyone who has visited Manchester recently could not have failed to notice that there has been an increase in the number of homeless people. This review highlights the fact that the lack of secure affordable housing has to be addressed as a public health issue. The potential negative impacts on mental and physical health of those who are at risk of losing a secure place to live are well demonstrated in the work examined here. The studies are mainly based in the US, a country that has both a smaller social renting sector and weaker welfare state. However, as the authors note, the threat of eviction is likely to remain a major social problem for some time to come. This will be most apparent in those countries with either a weaker welfare state and housing dominated by a market driven system. The work considered here shows that when these systems fail, the impact has profound social implications. 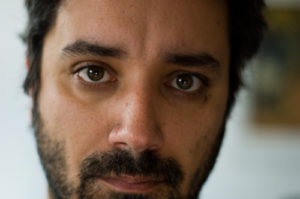 The potential negative impacts on mental and physical health of those who are at risk of losing a secure place to live are well demonstrated in this work.