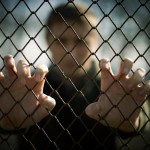 Self-esteem is a concept well used in psychology to describe how a person evaluates their own worth and can be viewed positively and negatively.

In this quantitative study, the researcher was interested in how prevalent low self-esteem was in a population of people with learning disabilities in a forensic service. She used an adapted version of the Rosenberg Self Esteem scale where statements relating to self esteem are answered on a four point scale – from strongly agree to strongly disagree and the adapted Evaluative Beliefs Scale which measures negative person evaluations

She also considered the differences that might be found between those in the low and medium secure parts of the service, any influence exerted by the types of offences and the possible effects of disrupted childhood attachments. She worked with 49 men with mild to borderline learning disabilities collecting data in research interviews which used the two scales to measure self-esteem followed by a search of routinely recorded clinical information on the hospital computer system.

What she found was that the majority of the men scored as having moderate or high self-esteem on both the self-esteem measures which the authors were not expecting. In addition, she found a statistically significant positive correlation between the two scales. 64% of the study population had committed either sexual offences or fire setting offences. Those with disrupted attachments had slightly higher self-esteem than those who had not experienced disrupted attachments.

The author concludes from that the personal concept of self esteem is complex, with many influencing factors. She suggests that cognitive behaviour therapy may have a specific role in realising and overcoming negative core beliefs and feelings of low self-worth.

The prevalence of low self-esteem in an intellectually disabled forensic population, Johnson, P. in Journal of Intellectual Disability  Research, 56: 317–325

Last reply was April 5, 2012
Try out our members features!